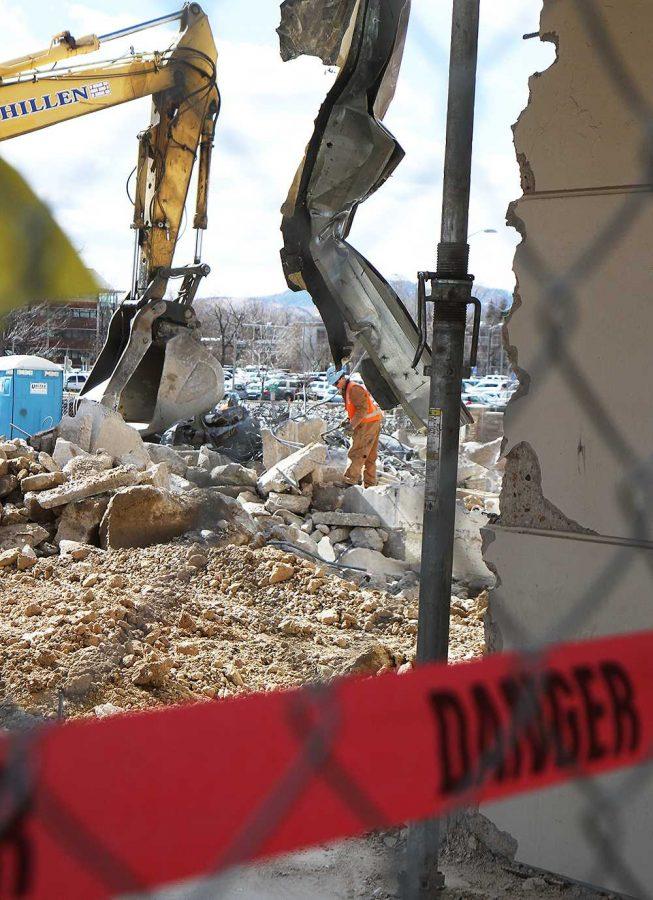 As most of the campus left Fort Collins for the summer, many CSU students are already coming up to campus to prepare for next year. Incoming freshman and transfer students are invading Fort Collins all summer as they attend New Student Orientation on campus.

One of orientation’s main purposes is to introduce new students to the CSU campus, a favor many current students at CSU may need in the fall due to construction. With most of orientation revolving around the Lory Student Center and the Morgan Library, construction on campus is unavoidable.

“The main impact (campus construction) has had is the noise level. We’ve definitely had to be mindful of it during tours by raising our voices,” said senior Orientation Leader Connor Sims.

On the first day of orientation, new students gather in the LSC Theater. They then gather in the plaza, and in the afternoon they are invited to a street fair under Clark B. Currently, the West end of the LSC is a construction zone, the LSC plaza is gated off and dug up, and the sidewalk between Clark B and the library is closed as construction crews demolish rain covers.

“We know (construction) will hinder us as we come for our early years. But, this really is exciting. It shows me that they really do care about making my new school better,” said incoming freshman Adri Tompros.

Orientation Leaders make sure to explain construction plans to incoming students. They try not to hide the future of the campus.  In fact, they make an effort to draw attention to all the new improvements.

“(Orientation leaders) have been clear about many of the student offices moving to LSC West, and the new improvements to the student center that are to come,” Sims said.

Although campus is going through a major face lift, both Orientation Leaders and students say spirits on attending CSU are often boosted by the construction.

“By the end of orientation (students) realize that all this construction means a better and more accessible campus is soon to come,” Sims said.

“Orientation has been very informative and well thought out,” Tompros said. “It is nice putting a face to the people you’re about to live with, and a place you are about to call your home. This is no longer a far fetched idea.”

Content producer Dillon Thomas can be reached at news@collegian.com.