The Rocky Mountain Collegian • May 3, 2013 • https://collegian.com/articles/news/2013/05/student-carried-out-of-eddy-for-medical-emergency-slideshow/

Student carried out of Eddy for medical emergency 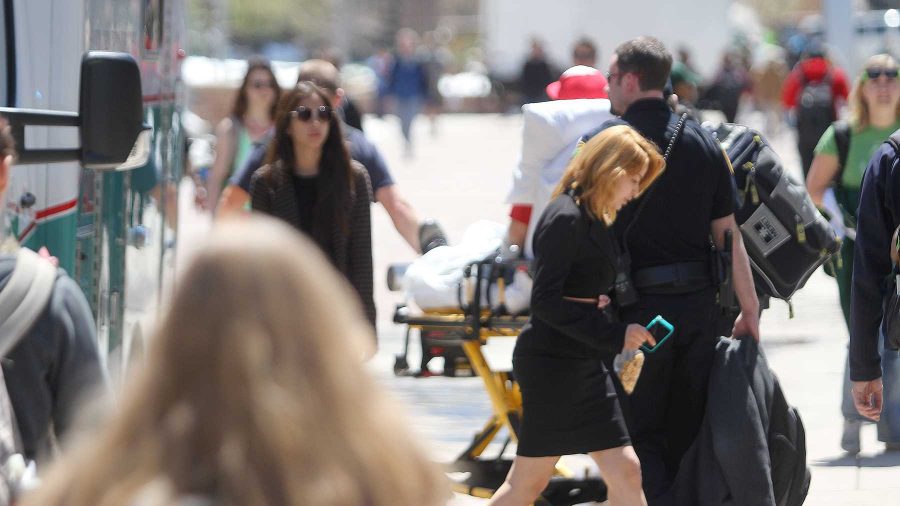 A student is carried out of Eddy building for a medical emergency on Friday afternoon. Because of the construction, this is standard procedure for medical emergenies at Eddy.

Emergency vehicles were called to Eddy this afternoon in response to a medical emergency call.

CSUPD Sgt. Adam Smith, an officer on the scene, said that while he could not divulge any specific information about the student or the type of medical emergency, he did explain that these things happen all the time.

According to Smith, responders don’t draw much attention when the call comes from a dorm. Residence halls have parking lots and side streets but at academic buildings like Eddy and Clark, the only place to park is out on the plaza so it causes more of a commotion.

“We run medicals all day long,” Smith said. “This one is like every other one. It’s just a little dramatic because we have to part the plaza sea to get here.”

CSU Public Relations could not be reached for comment at time of print.