The Rocky Mountain Collegian • May 7, 2013 • https://collegian.com/articles/news/2013/05/mtvs-catfish-casting-for-colorados-online-daters/ 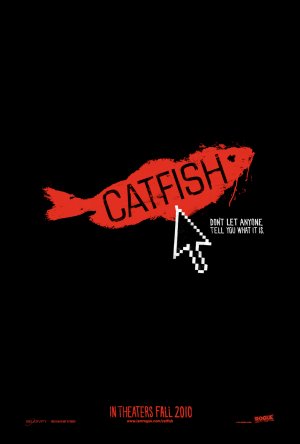 Always wanted to be on MTV? Now is your chance — if you’re in an online relationship, that is. Hit MTV show “Catfish” is currently casting in Colorado.

“We haven’t ever been to Colorado, and we want to come for selfish reasons,” Mark Pomerville, the casting producer of Catfish, said. “It is a beautiful state with nice, relatable people and we are looking for relatable applicants.”

The show, starting production of its second season, is a docudrama that follows hosts Nev Schulman and Max Joseph as they help unite couples that have never met in person.

“The appeal of an online relationship is that two people can present themselves to each other in an idealistic way,” Larry Bloom, professor of psychology of human sexuality at CSU, said. “It’s a safe haven with lower probability of individuals discovering each other’s imperfections.”

“Using written communication, they can try to think about, rearrange, and be careful of words unlike the spontaneity of an in-person relationship,” added Bloom.

According to Pomerville, because of the increasing popularity of online communication in everyday life, a program like “Catfish” is prevalent for connecting those online ties.

“The way we communicate is so much different than it was 10-15 years ago,” Pomerville said. “Rather than a letter, we send an email or call and text. The Internet is becoming a primary part of life, there is never a day we don’t use the Internet. There are so many ways people communicate, we are connecting on a massive scale.”

The inspiration for the show came from Schulman’s own experiences with an online relationship. He made a documentary that chronicled his meeting his online partner and finding out that she was not who she claimed to be. According to Pomerville, it was then that Schulman realized that he needed to help those who can’t meet their online partner.

“Online exclusive (dating) contains too much of a fantasy,” Bloom said. “You really don’t know in a face-to-face kind of way who you are dealing with, which is important in relationships. I think that it is okay to start online, but if it’s going to continue, it must evolve to face-to-face to see what really exists in reality.”

For sophomore human development and family studies major Tori Hanson, the ruse of a relationship online is something she is familiar with.

During her junior year of high school, Hanson met Dave* online after he found her on Facebook.

“He added me on Facebook and I didn’t know him, but his profile picture was cute so I added him,” Hanson said. “His profile looked good and he looked nice; nothing screamed weirdo.”

“In the beginning, I wanted to start a relationship with him because he was very sweet and would tell me how he would treat me right if we were together,” added Hanson. “As a teenager that sounds really nice. I would love someone to care about me like that.”

After five months of messaging and texting, they decided to make plans.

“He said we should hang out because he told me he lived in the same area as me so we could meet up somewhere local and hang out,” Hanson said. “So we made plans and I thought they were concrete and I went with some of my friends and it is a good thing because he never showed up. A few days later he texted me and apologized profusely for not showing up, but he was telling me excuses that were inconsistent with previous information he had told me.”

Hanson became increasingly suspicious when pictures of Dave were inconsistent. According to Hanson, he sent her a picture from his phone that had a computer mouse icon in the picture. When she confronted him, he continued to make excuses to cover it up, but Hanson had decided that Dave didn’t seem to be who he claimed he was, and she ended the relationship.

“While online dating may be exciting, an individual should realize that an online relationship is different than a face-to-face relationship,” Bloom said. “It could be exciting and add spice, but I don’t think people should expect similar dynamics.”

Through Catfish, people who are in online relationships are given the chance to expand past the Internet to meet their partner in person.

“There are few opportunities like this and with gas prices and plane tickets, wouldn’t you want to meet the person you care about with all of the hard expenses paid for?” Pomerville said. “They just need to take the leap of faith; if not, they will always wonder what if I had taken that chance? What if it was something amazing?”

Though the casting producers sort through thousands of email applications, they read every one and try to contact as many of the partners as possible. According to Pomerville, every story shared via email is confidential with the producer. Once selected, the casting team tracks down the persons, learn about their story and run a private investigator background check and a psychology test.

“If two people are invested in meeting with each other, the process goes quickly,” Pomerville said. “A lot of times we will get someone and they won’t want to participate or move forward and I think that people are afraid things will change and through the program, I think they will change for the better.”

“The bond from online is a deep and meaningful friendship, and it will mean even more in person,” added Pomerville.

To try to get on the show, applicants must be in an online relationship and wanting to meet in person with their partner, visit mtvcatfishcasting.com to get an application, and be ready share their story.

*Name has been changed to protect the identity.