The Rocky Mountain Collegian • May 7, 2013 • https://collegian.com/articles/news/2013/05/colorado-state-students-create-anti-bullying-short-film/ 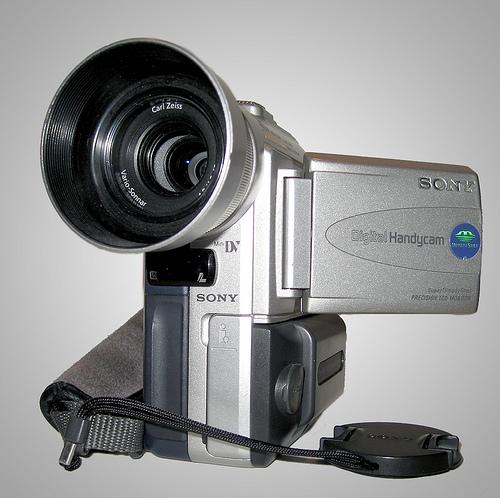 In the first inter-departmental collaboration, CSU students in the Journalism and Theater departments were able to come together this semester to create a short film on anti-bullying.

“I thought it was important to get practice to produce and make a movie,” Guerrero Murphy said. “I could get it for free now (with Blesse’s help), so why not? So I just decided to do it.”

With the help of Blesse, Sophia was able to recruit about 30 people to help write, direct and star in the film.

Originally, “Hubris School Days” was written as a horror film, but after about two weeks of editing and reworking by Guerrero Murphy and script writer Michael Toland, the film became a story about a bullied girl who ends up saving the life of another student.

“It started as a horror film because the structure is simple,” Guerrero Murphy said. “But moral drove the story and it turned into an anti-bullying film.”

Blesse then turned to journalism professor Steven Weiss to help find students to do the camera work.

“The two departments don’t do stuff together,” Guerrero Murphy said. “And so Robert went and did a presentation in (Weiss’s) class and we were able to get some volunteers. It was really a great partnership.”

According to Vicky Arias, the makeup artist for the film, without inter-departmental collaborations, students aren’t receiving all the possible beneficial knowledge from their extracurriculars.

By the time filming started over spring break, the crew was a mix of students from both departments working to make “Hubris School Days.” The students spent two seven-hour days filming the five minute long movie.

“I was impressed by the filmography and editing,” Guerrero Murphy said. “I came alive, it was a basic story and with the editing and filming it turned into something I didn’t think it would.”

“I was happy to see the final product and I learned to see the steps of what it takes to do this,” Guerrero Murphy added. “It gave me invaluable knowledge for the real world.”

For Arias, working with the film helped her portfolio and also helped her learn to work in a more professional setting.

“(Collaborating) was a lot of fun, the JTC kids brought a lot to the table,” Arias said. “They had so many different techniques and equipment and it was a lot more professional than just a bunch of theater kids getting together to make a film.”

Ben Mackovsky, one of the students in Weiss’s class who volunteered to help direct the film, believes that this film helped him learn about new career options for the future.

“This was beneficial because it opened new grounds for entertainment for students to explore more options to produce film or entertainment,” Mackovsky said. “I was lost as a journalism student because I didn’t have a passion for news, and with this opportunity I learned I can use my skills to do entertainment.”

Mackovsky hopes that more collaboration could lead to classes being designed in the future to help students like him who have a passion that incorporates both departments.

Guerrero Murphy has entered “Hubris School Days” into numerous student film festivals to continue the experience of filming a movie. The short film also has its own Internet Movie Database page online.

“I never thought that I would end up on an IMDb page,” Arias said. “The only reason it is on there is because the film is good and looks so nice, and that is because of the collaboration.”