The Rocky Mountain Collegian • May 10, 2013 • https://collegian.com/articles/news/2013/05/breaking-fire-on-campus-in-physiology-building-during-csu-undie-run/

Fire on campus in Physiology building during CSU undie run 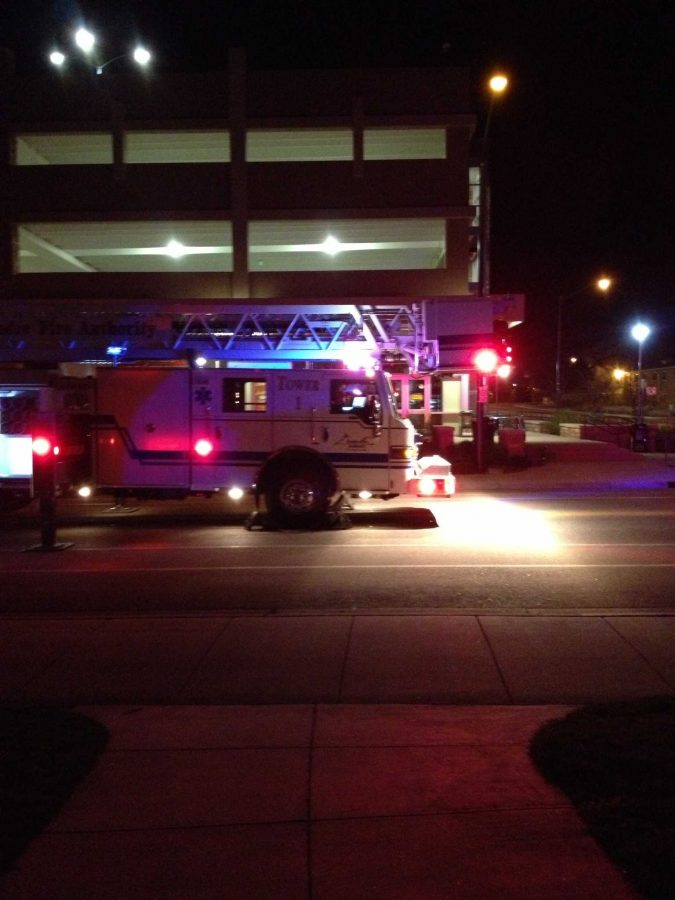 Fire on campus in Physiology building during CSU undie run

Poudre Fire Authority fire trucks sped on to campus Friday night, passing scantily clothed college students participating in the undie run, after a small fire broke out in the Physiology building on the south end of the CSU campus.

The fire is believed to have “started at a circuit board,” CSU Public Relations wrote in an email to the Collegian.

PFA Captain Geoff Butler, who was on the scene, said the fire was believed to be ignited by an electrical malfunction. At 10:03 p.m. Butler said there were no injuries on the scene or people taken to the hospital in an ambulance.

Graduate student Doug Pierce extinguished the fire after hearing popping noises come from an electrical panel. He pulled the fire alarm and grabbed a fire extinguisher to put out the small fire.

At 9:57 p.m., CSU Public Relations also stated that there have been no other injury reports.

The building was evacuated.