Colorado State composting to keep trash out of landfills 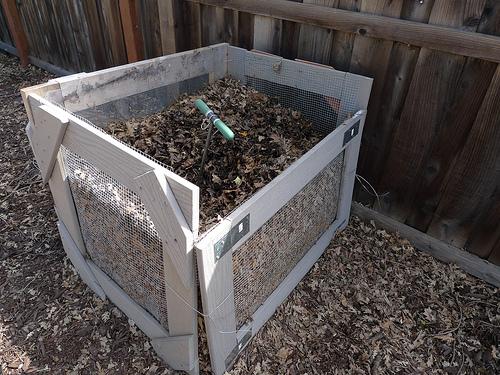 Every time you eat a meal, there are scraps left behind — either on your plate, left on a cutting board or thrown into the garbage can. The same is true of every meal served in the dining halls.

CSU produces a lot of trash — with about 30,000 students, it’s hard not to. But where is that waste really going?

Several thousand pounds of dining hall waste per day are going back to the environment in beneficial ways.

Pre-consumer waste is the unused scraps when preparing food, such as potato peels, the cores of peppers and apple cores.

This waste is collected and tossed into a “pulper,” which grinds and mixes with recycled paper. Both Ram’s Horn and Braiden have their own pulpers on-site, and Durrell may have its own after renovations.

Each day, Scott Johnson — the compost driver for CSU — drives to collect the pulped food.

Johnson drives his “box truck” full of 2,000 lbs. of unused food products once a day, five days a week. Then he drives it to Earth Flow, the composting system located on CSU’s Foothills Campus.

When it is finally put into the 30-yard capacity bin, Johnson helps to mix it with horse manure, woodchips and straw.

It takes about seven to eight weeks to create usable compost.

According to Tim Broderick, sustainability coordinator for Housing and Dining Services, 2,000 lbs. are currently sent to the composter each day. This waste is coming from just two dining halls: Ram’s Horn and Braiden.

The waste is left in the composter for three to four weeks. After, it is piled to cure and finish the process of becoming usable compost.

“We’re not only keeping this out of landfills, but making a beneficial product as well,” Johnson said.

The final product has been used already in various on-campus renovations. According to Broderick, the compost has been used as a soil amendment in the rock garden area in front of Braiden and will be used in the Durrell renovation as well.

The compost is also used in the community CSU even offers it out to students during their Compost Day giveaway. This year’s Compost Day will be April 22.

Students and faculty can bring their own bucket — or two — and take away compost to create their own gardens.

Last year CSU conducted a plate waste audit in which they took the total number of meal swipes into a dining hall and divided it by the pounds of food waste that was produced. Last year the total was just .095 lbs., according to Broderick.

In a previous interview with the Collegian, Tonie Miyamoto, director of communication for Housing and Dining Services said, “Our plate waste is down 50 percent in the past few years.”

The waste we produce is not just going into a bin; it is benefitting the community in more ways than one.

So where does the rest of the food go?

Post consumer waste is the food a student leaves on the plate after finishing eating.

As students leave the dining hall, there is inevitably some food scrap left behind. There are bones, leftover salad, a banana peel, the last bite of lasagna or any other food that didn’t go into our bellies.

This food waste is being put to good use as well.

Since Feb. 1, CSU has begun to send post consumer waste to a pilot program with the Drake Water Reclamation Facility.

This program pulps the food, then places it in an anaerobic digester. As the food rots, it creates methane gas, which is then fired to power the facility itself.

The remaining trash, according to Broderick, is used as a fertilizer and ultimately goes back into Fort Collins soil.

CSU will conduct a new plate audit April 17 to check this year’s levels in comparison.

“We are taking the right steps forward,” Broderick said.

Collegian Writer Mariah Wenzel can be reached at news@collegian.com