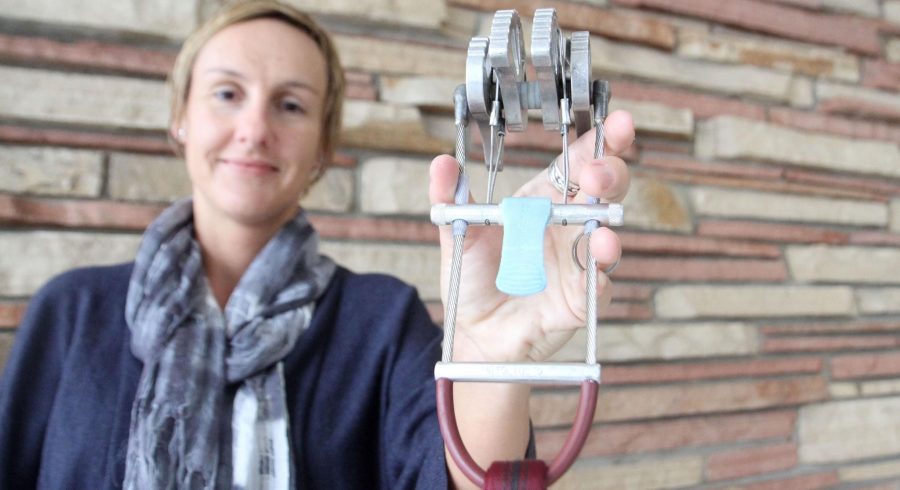 A new patent law has changed the first-to-invent to now first-to-file.

This means that an inventor who is hoping to gain a patent must be the first to file a patent, regardless if they were the first to invent the product.

Charisse Bowen, the director of the Institute for Entrepreneurship, knows this patent change all too well. Bowen helped a student file a patent hours before the new law went into affect.

In the past, according to Bowen, applicants for patents would have to show a history  with time stamps of when the invention or piece of intellectual property was made.

“As long as you were able to prove third party measures, not just ‘I promise.’ It had to have something you said, an email dated and sent at a particular date and time,” Bowen said. “Then the first person to have the idea and to use it has claim to that idea as their own. Now all it takes is someone with the speed and efficiency to get it filed.”

Bowen thinks that this can be very detrimental for small start up entrepreneurs and people just getting going with new businesses or inventions. Big corporations who have bigger staffs can put a patent together in a expeditious manner.

“This law really puts the small guy at a disadvantage because it takes us longer and takes more out of the pocketbook of a small inventor and they are left vulnerable,” Bowen said.

But according to a press release from the United States Patent and Trademark office, they believe the law will be a better system.

“Migration to a first-inventor-to-file system will bring greater transparency, objectivity, predictability, and simplicity to patentability determinations and is another step towards harmonizing U.S. patent law with that of other industrialized countries,” said Teresa Stanek Rae, acting under Secretary of Commerce for Intellectual Property and acting director of the USPTO, in the press release.

The change of the law was implemented, Bowen believes, because the efficiency of the U.S. patent system has been under question in current years.

“Arguments a lot of time, got held up in court around this whole piece of ability to prove when something was used and the different ways of approving it,” Bowen said.

Some inventors were using postings on social media, email and other ways to prove a time stamp of when they first had their idea.

“Because the complexity of trying to prove ideas was so wide and nebulous and out of control  the patent office had to lay down and say you know what we’re not in the business of being private investigators, we need to make it as simple on ourselves,” Bowen said.

Jaya Glanzer, a CSU graduate and president of Origin and Cam Keeper, barely made the cut off time to patent a new climbing gear called Cam Keeper.

Her company Origin was created in January of this year with the business model of having an umbrella or “origin” that holds multiple business units that will be centered around new inventions.

The Cam Keeper was invented by Matthew Glanzer, and is designed to snap on the rock climbing protection to increase climbers performance, efficiency and while reducing risk of unproteted falling and increasing Cam’s placement wrench and make selection of Cam more intuitive.

The process to getting a patent for the Cam Keeper was a process and a half according to J. Glanzer.

“We would not have made it if there were not so many people involved in multiple fields,” Glanzer said. “But we started with NEVA.”

NEVA is New Economy Ventures Accelerator, a program at CSU through the College of Business that is targeted to help people across the university in business start-up’s.

Glanzer then went to CSU Ventures who helps PHD students who have an idea or invention to file a patent for you and take ownership of the patent.

“The student does not own the patent, he or she has 35 percent stake in a patent, usually ends up CSU Ventures will have ownership of the patents and gain benefits, student will get paid royalties and some amount of money,” Glanzer said. “But our case was different, because we are guinea pigs, our company, they did it free of charge. We filed initial obligation with them, NEVA helped us fund.”

“It will never happen again like this, one time deal, we were lucky enough that we are needed at this time, and we are doing what we’re doing, we got this help and we now have patent,” Glanzer said.

For new entrepreneurs, Glanzer and Bowen have a few tips to share going into a new industry.

“Come up with 50 different ways how you can make that product, and how it can funciton or materials, (you’re) really patenting the functionality of the product,” Glanzer said.

Another thing that Glanzer said to keep in mind is to know what your patent is doing for you.

“Understand where you want to go, scenarios, contingency plans, risk management, so you know what  to do. when people say, because maybe you can get patents,” Glanzer said.

Glanzer and Bowen both agree that the most important thing to do is to keep your ideas under raps until you’re ready to file. Bowen said that investors and larger corporations could get a hold of your idea and get a patent filed before you do.

“Be overly cognitive of who you are disclosing your idea to before you get your patent filed, be careful on limiting exposure before your protected,” Bowen said.

Another tip is to file a provisional patent that will be good for 12 months.

“Within 12 months you have to file a full patent, but you’re protected for those months,” Bowen said.

Collegian Writer Bailey Constas can be reached at news@collegian.com.