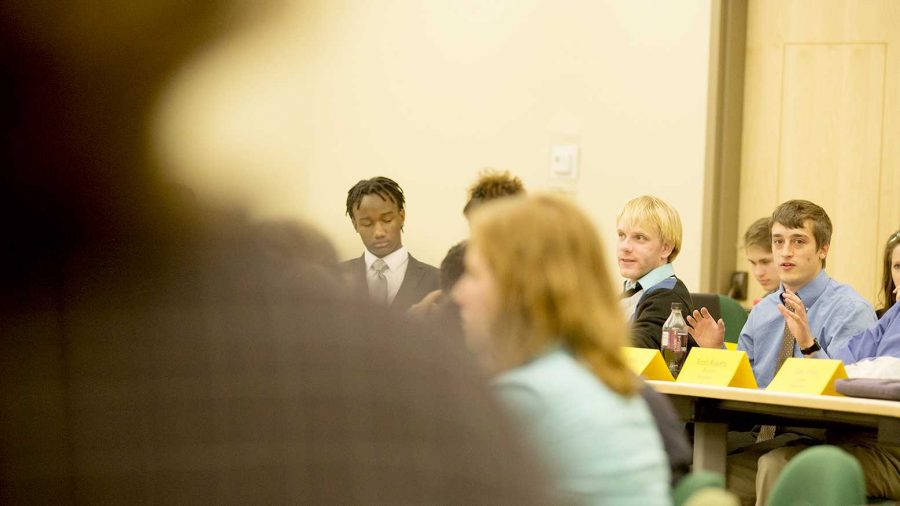 The proposed budget as presented by student body president-elect Nigel Daniels was received with heavy criticism before being approved at Wednesday night’s senate session.

The proposed budget included a reorganization of the executive cabinet, as well as a decrease in the amount of departments.

“What we are trying to do here is, keeping the move out of the LSC in mind, cut down on staff and cabinet,  and make it a more competitive workplace where people are working toward a unified goal, while paying people better,” said Daniels. “We have organized the cabinet into nine departments, including RamRide.”

One of the major changes to the departments is in that of RamRide. Before, the directors and deputy directors of RamRide were paid by means of a stipend that was set by ASCSU in the budget. Now, however, the director and deputies will be paid hourly.

“We went on to the student employee website and drew parallels to what other students are paid on campus; they are not wonderful by any means, but it’s at least competitive,” said Chelsea Green, director of RamRide. “Deputies will be paid about $8 per hour … it’s not anything outrageous, we just want to draw more people in and pay them for the work they are actually doing.”

Other changes to RamRide included working a new dispatch system into the budget for next year.

“Our expectation is to increase efficiency with the way the system would allocate rides to cars and their destinations,” said Robert Duran, the current chief of staff and press secretary. “Currently our contract with motor pool is based on mileage and rate, so making the miles we have to travel more efficient would help us save money.”

It was also acknowledged through discussion of the budget that RamRide may well be moving out of the cradle of ASCSU soon.

“Keep in mind that there have been other student services in ASCSU such as Student Legal Services, and they all took a step out of the organization and became their own entity,” said Lance Li Puma, a senator for Veterinary Medicine and Biomedical Sciences. “This will help us broaden our pool of applicants. For instance, we might be able to hire a marketing major whose major is their passion and directly relates to their job.”

Although these changes are not concrete, they may bring stability to the department.

Other bills approved included a resolution to enforce the current tobacco policy on campus, which has been heavily discussed within Senate and through open forums with the student body, as well as a bill that will allow students to update their voter registration while registering for classes.