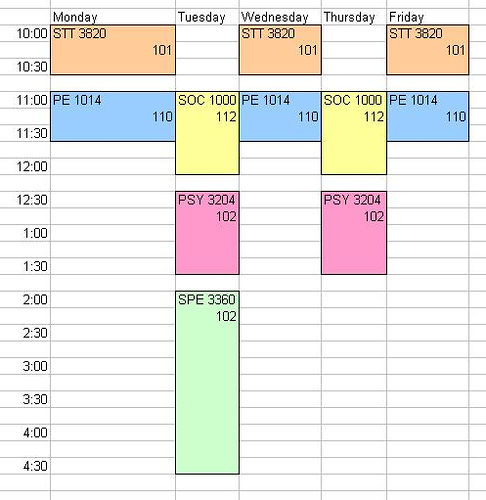 After graduating high school a semester early,Tori Burket, a senior zoology major, wanted to go straight to college and get her degree as quickly as possible.Since then, Burket has continuously taken summer classes in order to be able to graduate early and get started on a career working in research.

She’s not the only one. About a quarter of the CSU undergraduate population enrolls in summer classes every year, according to Barbara Gotshall, director of the CSU Summer Session. However, not all students who enroll in summer courses are looking to get ahead.

“There are many different reasons a student may enroll in summer courses,” Gotshall said. “Some are trying to catch up, or some might even find it easier to take a harder class over the summer where they will be in class three to four times a week.”

Gotshall said students also tend to like the more relaxed environment and one-on-one attention from professors.

David McPhee, a human development and family studies professor who generally teaches summer courses, said that many of the reasons why some students like summer courses is why other students dislike them.

“Sometimes it’s a blessing and a curse all rolled into one,” Gotshall said. “The advantage is it’s a full semester’s credit in a short amount of time, but the drawback to that is that the classes are much more intense sometimes.”

McPhee noted that often he had to scale back the workload of his normal classes for his summer courses.

“I would definitely not recommend taking more than one course every four week period,” McPhee said. “Sometimes one class can translate into a paper or an exam once every week, and that can be tough.”

Although the classes are intense, Burket said she felt she got more out of a summer class setting.

“Even though you have a shorter time to learn the material, I found that I learned better,” she said. “The atmosphere is more relaxed and the professors tend to focus on the most important concepts.”

While summer courses worked well for Burket, McPhee said the amount of learning that occurs in each setting is highly dependent on the class.

“If it’s a class that requires practice, its harder to keep up, especially when you are constantly having a lot to do for the next class session,” McPhee said. “However, learning in this type of setting is definitely possible if a student can donate enough time to it.”