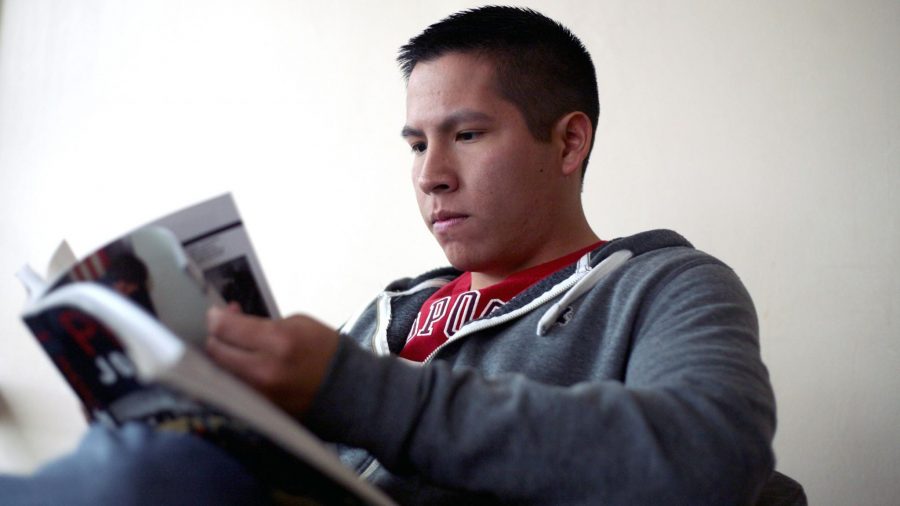 President of the National Soceity of Collegiate Scholars (NSCS) James Reyes takes a study break between his classes on Tuesday. NSCS is a national organization on campus which focuses on accademic achievement and serves as a resource for its members.

By the time one’s college career rolls around, most students have faced the decision of whether or not to relinquish a piece of their funds to an academic honors society they may have never even heard of.

At CSU, there are at least 33 of these societies. While many members simply pay the initial fee in order to write it on their resumes and applications, others have decided to extend their involvement, attesting to the core values of a society’s existence.

Senior economics and English major Kellen Wittkop, for example, is the former president of National Society of Collegiate Scholars and is a member of many other societies including Hesteria and Phi Kappa Phi.  The majority of her involvement in these societies is accredited to Sigma Alpha Lambda — she founded the CSU chapter.

Wittkop explained that she values her involvement with honor societies because they create a structured network, community and support system. She decided to found this chapter because it wasn’t exclusive to upperclassmen, and she wanted to put an emphasis on involvement within the community.

“There are a number of people who join honor societies and can’t make it to a lot of the meetings or just want to put it on their resume, and that’s totally fine, because it is what you make of it,” Wittkop said.

Senior journalism and technical communications major James Reyes, current president of NSCS, has also found an active role with honor society involvement. Reyes was one of the few older members who continued his active involvement in meetings and social gatherings, such as movie nights and guest speakers that he said he enjoyed attending.

“It creates a community that shares the same values as me. It’s my niche on campus,” Reyes said.

As for the membership fees that most honor societies require, Reyes explained that in NSCS, the money goes straight to the national office, where it is distributed into scholarships and different areas needed for events.

While Reyes’s one-time fee his freshman year was $60, others have paid much more money to be involved in a society.

Kenneth Blehm, a professor of environmental health and the associate dean for undergraduate programs in the College of Veterinary Medicine and Biomedical Sciences, is currently treasurer and a board member for CSU’s chapter of Phi Kappa Phi.

This organization in particular only invites the top seven percent of the junior class and the top ten percent of the senior class.  Blehm paid the $350 lifetime membership fee in order to continue his involvement.

“The initial benefit for the student is just an official stamp of achievement and capability provided by one of the oldest and most well-recognized academic honors societies in the U.S. — we’ve got a history of almost 200 years,” Blehm said.

Blehm decided to become a lifetime member because he sees it as recognition of a previous achievement, as well as a future networking opportunity for people who are part of the same rigorous exclusive organization.