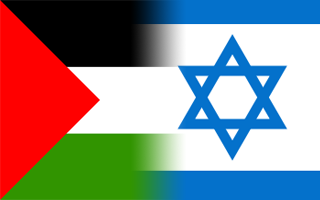 Israeli filmmakers share stories of one of the most intractable diplomatic and military conflicts in the world through documentary film –– a medium that allows outsiders to travel across geographical borders without ever leaving their living room.

“5 Broken Cameras” and “The Gatekeepers” –– two of the five documentary films nominated for Academy Awards this year –– are Israeli-made. This is the first time two Israeli filmmakers have been nominated in the same category, launching a discussion about how these films will alter perceptions about the political climate in Israel.

“People like to watch films the Academy Awards suggests, so if these films form an opinion, people who were neutral before may be swayed one way or another,” said Rachael McSpadden, an officer for Chabad, a Jewish student center at CSU.

“5 Broken Cameras” is a first-hand account of non-violent resistance in the West Bank, encroaching Israeli settlements and the construction of the separation wall. The film is co-created by Israeli videographer Guy Davidi and Palestinian farmer Emad Burnat.

“The Gatekeepers” features interviews with all surviving former directors of security agency Shin Bet, Israel’s equivalent of the FBI. In their interviews, the former directors talk about terrorist attacks that happened while they were in charge, their perspective about the successes and failures of Shin Bet and the organization’s moral standing in the ongoing diplomatic and military conflict between Israel and Palestine.

Because these films have been nominated by the academy, a wider audience is viewing them and questions have been raised about the impact they will have on public perception of Israel.

Members of the Muslim Student Association did not immediately return requests for comment.

According to Jewish graduate student Molly Zimmerman, the documentary film format provides people a unique opportunity to experience the conflict.

“Seeing it rather than reading it takes it a little closer to reality,” Zimmerman said. “I think in the world we live today, especially in developed countries, movies are a great way to show the issue to a larger audience.”

While the films can bring the ongoing conflict into people’s living rooms, it is still unclear what impact, if any, they will have on foreign policy, but according to Zimmerman they are a good place to start the conversation.

“It will have a chain reaction in terms of discussion. Israel relies on the support from a lot of other countries so if people start becoming anti-Israel or cut funding it will have some sort of impact,” Zimmerman said. “I’m not sure how big it’ll get, but it’ll get people talking and thinking about it and that’s all it really takes.”

Hye Seung Chung, a CSU communication studies associate professor, warns against accepting the messages in these films without regarding the filmmaker’s bias.

“It’s easy to just accept everything at face value because it looks like it’s factual but I think that’s not the only side of documentaries,” Chung said. “Documentaries can be persuasive and manipulated. They can be very selective.

“Just because film looks real doesn’t mean everything presented in it is factual. It’s important to be conscious and seek out information outside of the film.”

According to Chung, the information compiled by documentarians can be extremely useful to students, especially as a starting point if they want to learn about an issue.

“It is very concise information — somebody did the research for you. It takes two hours and it’s good information you may not have found yourself,” Chung said. “Documentaries are good for young students to get that information without having to spend days or years finding this information.”

As a student, Zimmerman also said she thinks film is an ideal medium to communicate complicated information to a wide variety of people with diverse educational backgrounds.

“Film has an upper hand at explaining information — it’s a better way to show the issue to the layperson,” Zimmerman said. “You can’t just have one group of people see and read about the issues that are going on. We have to find ways to spread the information through the general population.”

Scott Diffrient, communication studies associate professor, documentaries are not only an ideal medium for disseminating information, but they are also captivating devices for storytelling.

“Documentaries can be just as engaging,” Diffrient said, “and dramatic as the latest blockbuster and in fact they can be more so because they speak more directly to us.

“Documentaries should be infused with drama, they should be engaging. However, they have a different kind of agenda — not only do they have to energize our senses and engage us, much like a drama would, but they also have to inform and enrich our lives.”