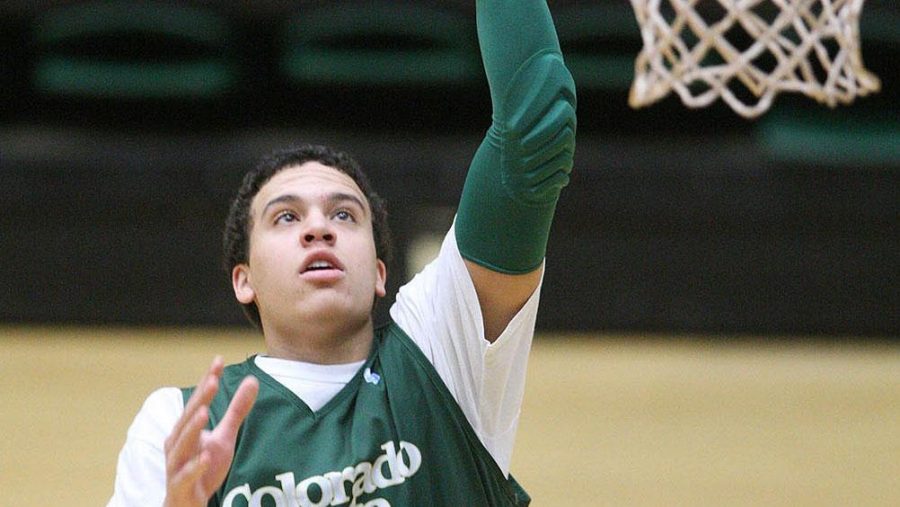 Dorian Green (22) goes up for a layup during practice Tuesday at Moby on Tuesday. Tomorrow the Rams will take on Air Force in Colorado Springs.

The CSU basketball team may have created a monster.

Air Force has won six out of eight games since its 79-40 loss in Fort Collins on Jan. 16, including wins over then-No. 15 San Diego State and a 15 point win over UNLV.

The Rams play at Air Force Saturday at 2 p.m. and are looking to win their third consecutive conference road game.

“They’ve been laying in the weeds for us for a long time and I’m sure they know they’re a lot better than they played against us,” CSU coach Larry Eustachy said. “It was the turning point in Air Force’s season saying ‘we’re better than this’ and they’ve become monsters in a sense.”

Most of that offensive output can be attributed to Air Force’s efficiency with the ball.

The Falcons only turn the ball over 12.2 times per game and shoot a Mountain West best 48.2 percent from the field.

“You have to stay disciplined, you’ve got to be able to guard for 35 seconds,” CSU forward Pierce Hornung said. “It comes down to playing tough, getting our game on the floor.”

CSU imposed its will on Air Force in the team’s first meeting, out-rebounding the Falcons 40-19 and holding them to 37 percent from the field, and the Rams will try to execute a similar game plan Saturday.

It won’t be easy to throw Air Force off their rhythm again due to the Falcon’s balance on offense.

Four Air Force players average more than nine points per game and three of those four shoot better than 50 percent from the field.

The one player that isn’t is MW-leading scorer Michael Lyon.

The senior guard from Virginia scores 18 points per game and has eclipsed the 20-point mark three times since not reaching double figures in scoring against CSU.

“He’s been playing with a bit of a chip on his shoulder, he wants to prove that he’s worthy of being mentioned as one of the best players in the conference,” Air Force coach Dave Pilipovich said.

In order to shut Lyons and all of Air Force’s shooters down, CSU wants to stay disciplined in its defensive rotation and close out on as many shooters as possible.

“If you’re late on a catch they’re going to knock it down and once they get in rhythm they’re really tough to stop,” CSU guard Wes Eikmeier said.

A win for CSU would keep the Rams on pace with New Mexico in the Mountain West conference race and further cement their status as an NCAA tournament team and one of the best teams in the country.