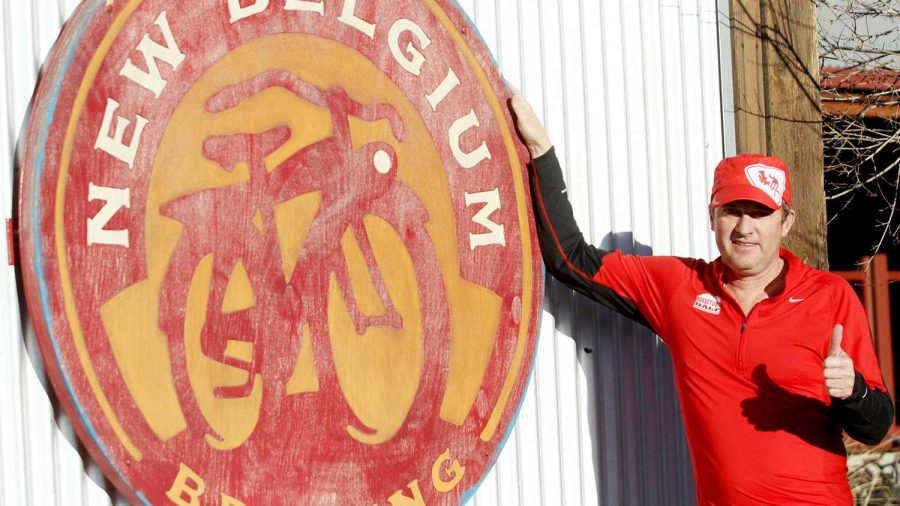 Steve Cathcart, event director of the Horsetooth Marathon, stands in front of the New Belgium Brewery, the finish line for the marathon. Cathcart has been the director of the race for eight years.

When the first hill of a race is called “Monster Mountain,” it seems to be no secret that the course is going to be difficult.

The challenging course is one of the most unique aspects of The Horsetooth Half Marathon, the oldest race in Northern Colorado and the second oldest race in the state. This year marks the 40th anniversary of the event, which takes place April 21.

Online registration is now available at www.horsetoothhalfmarathon.com and is $70 for the half marathon, or $65 for those who register in person at Runner’s Roost or Altitude Running. Registration for the full marathon is $85.

“We have grown every year; we have not had a down year,” said Steve Cathcart, race director for the event.

Cathcart said he has seen a steady increase in the number of runners since taking over the race almost nine years ago.

This was not always the case, though. There was a time when the race was nearly canceled as The Horsetooth Half Marathon found itself competing for runners among a growing population of running events in Northern Colorado, Cathcart said.

That’s when Cathcart, also the owner of Runners Roost in Fort Collins, and a close friend of his, CSU Hall of Fame runner Jon Sinclair, decided to step in.

Cathcart said he and Sinclair asked Fort Collins Running Club, the group that owns the rights to the race, if they could take over in order to help save the race.

Since then, the number of participants has increased each year.

The finish line is at New Belgium Brewery in downtown Fort Collins, an aspect Cathcart helped to add when he became the race director.

“It’s kind of evolved a little bit,” said Connie DeMercurio, president of the Fort Collins Running Club. “It used to start and end at Hughes Stadium.”

“Now (the course) starts at the stadium and you do the hills first and then wind up in downtown Fort Collins,” DeMercurio said.

The finish line ends with an after-party at the brewery where race participants can enjoy New Belgium brews and live music.

In honor of the race’s 40th anniversary, a full marathon will be added to the event this year.

“It’s a hybrid (course),” Cathcart said. “There’s not a marathon like it where you run a lot of trail and a part of it is on the road; most of them are either all road or all dirt so it’s sort of unique.”

While the half marathon is not capped at a certain number, the full marathon will be capped at 200 people. The thin trails are the reason for the cap number, Cathcart said.

Last year more than 1,700 people signed up for the half marathon and this year, with the addition of the full marathon, Cathcart hopes that number will reach 2,000 registered runners.

DeMercurio, who has run the half marathon numerous times over the past 15 years, knows first-hand the difficulty of the course.

“It’s very challenging,” said DeMercurio, who has also run 26 marathons. “The thing people need to know is you need to warm up before you start because if you just start cranking up those hills, you’re gonna burn out.”

Steve Wade, a physical therapist at CSU, ran the half marathon for the first time last April. Out of the four he has run in Colorado, the Horsetooth Half Marathon has been the most difficult, he said.

Asked if he would recommend first time half marathon runners to start with an easier course, he disagreed.

“I would start with that one because nothing is going to be harder,” Wade said.

Although the course is difficult, Wade said he enjoys the scenic route.

Collegian writer Katie O’Keefe can be reached at news@collegian.com.