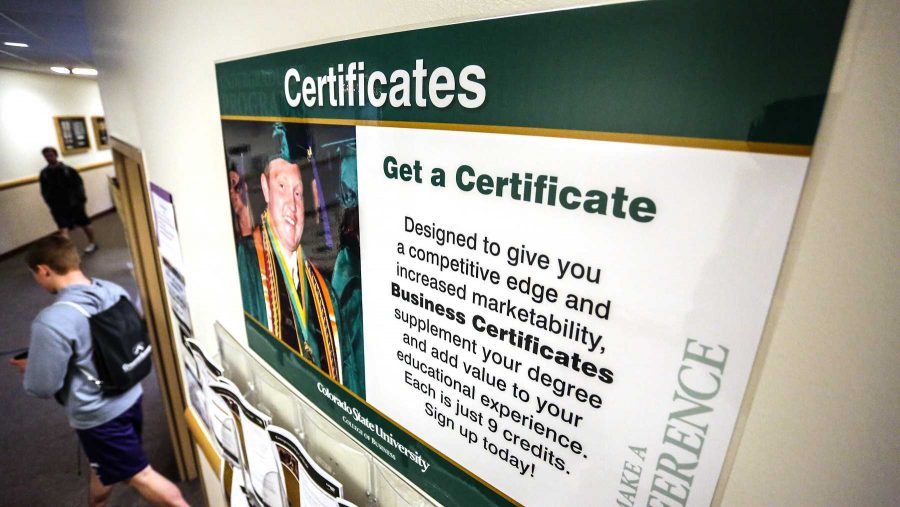 The Colorado Dept. of Higher Education recently clarified the rules surrounding who can issue official certificates. Colorado state law declares that certificates can only be issued by two year institutions and graduate programs. 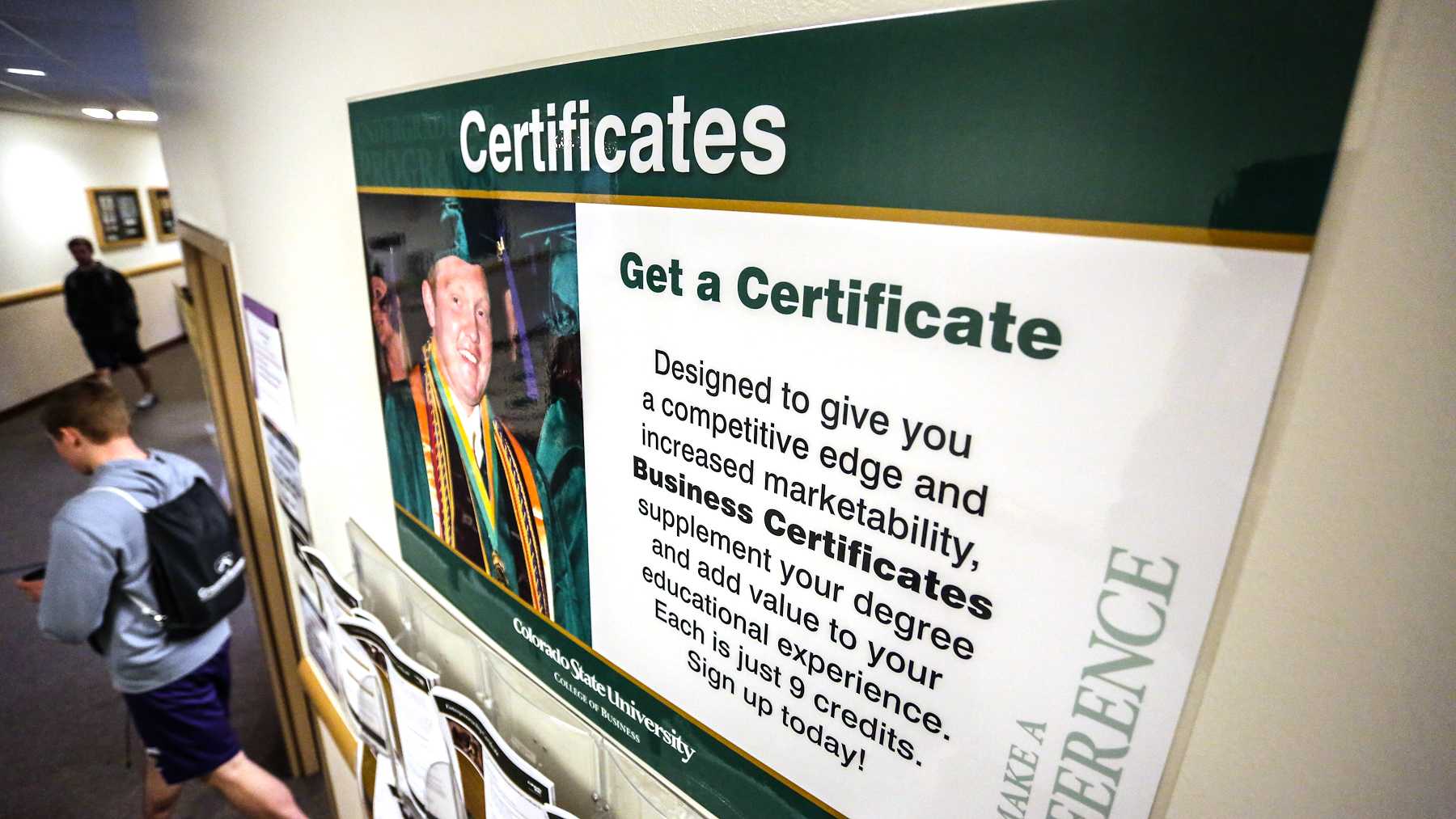 After years of campus departments and faculty issuing informal certificates, Colorado State University recently received clarification from the Colorado Department of Higher Education (CDHE) about rules surrounding use of the term ‘certificate.’

Ian Macgillivray, assistant deputy director for academic affairs at CDHE, wrote in a letter to university officials that CSU’s undergraduate campus does not have the authority to offer certificates. Only graduate schools, community colleges and technical colleges can issue formal certificates.

Upon hearing the news, many undergraduates expressed confusion, anger and shock.

“I felt this initial shock where I said to myself, ‘That’s a huge issue,’” said Becky Ewing, senior chemistry major and former director of academics at the Associated Students of CSU.

After hearing the news, she checked the College of Business certificate web page and realized it never said anything about being state certified, so she assumed the certificate program was used more as a “resume booster.”

Kendall Hershey, a junior business major currently pursuing a certificate within her marketing concentration said the bigger issue lies in how employers will respond to seeing the word “certificate” on her resume.

Alan Lamborn, vice provost of undergraduate affairs at CSU, said the university had reached out to the CDHE last month to clarify what the university could do, formally and informally, with the term “certificate.”

“The challenge is that it is very very common across universities to use the word certificate in a generic or common sense way,” Lamborn said.

Lamborn emphasized that while many departments and faculty on campus have offered certificates, they were not officially endorsed by the university and would not appear on a student’s transcript.

As an alternative, he suggested that in the future the university use different phrasing when acknowledging small, focused programs that in the past awarded students with certificates. He recommended replacing the word “certificate” with the term “emphasis.”

“In order for a 4-year institution to be able to offer certificates at the undergraduate level, state statue would have to be changed,” Macgillivray wrote in an email to the Collegian.

He also discouraged the practice of faculty and departments at CSU from labeling focus areas as certificates.

“Furthermore, CSU faculty should not take it upon themselves to print up and essentially ‘offer’ certificates on their own,” wrote Macgillivray.

Lamborn said the university is looking into replacing the word “certificate” with a term that can be formally recognized by the university, the DHE and future employers, to indicate students have completed course curriculum with an emphasis smaller than a concentration within a major or a minor.

As that process moves forward, Lamborn said the University Curriculum Committee would engage with students, faculty and other stakeholders to propose and define the new term, then it would go to faculty council for final approval.

“The critical thing for students, at least the generation of students that have these informal things called certificates, is to be aware of the fact that this is an informal designation,” Lamborn said.

In an email to the Collegian, Ian K. Macgillivary, assistant deputy director for academic affairs of the Department of Higher Education, wrote:

Macgillivary wrote that the Colorado Department of Higher Education was contacted by CSU because guidance was sought on whether or not CSU could offer certificates.

CSU is not in violation of state law, as transcripts do not show reports of any student being issued a certificate as defined above.

According to the College of Business’ website, “While not an official academic program, certificates provide an additional knowledge based and enhance your resume.”

According to a letter obtained by the Collegian, the state of Colorado mailed CSU Provost Rick Miranda on Jan. 22 to tell him that “statutory language has the effect of prohibiting CSU from offering certificates below the graduate level, whether they are series of courses that indicate an emphasis within a baccalaureate degree or are freestanding series of undergraduate courses offered outside of a baccalaureate degree.”

“Furthermore, CSU faculty should not take it upon themselves to print up and essentially ‘offer’ certificates on their own. If CSU wants to indicate on transcripts or other documents that students completed an emphasis area within a baccalaureate degree, CSU should use the word ’emphasis’ or some other designation, but may not use the word ‘certificate.'”

The letter was signed by Ian K. Macgillivray, assistant deputy director for academic affairs of the Department of Higher Education.

As of Jan. 28, approximately six days after Miranda apparently received the letter, CSU students had not been notified via e-mail about the change.

Stay with the Collegian for further developments. For news tips, email us at news@collegian.com or call us at 970-491-7513.