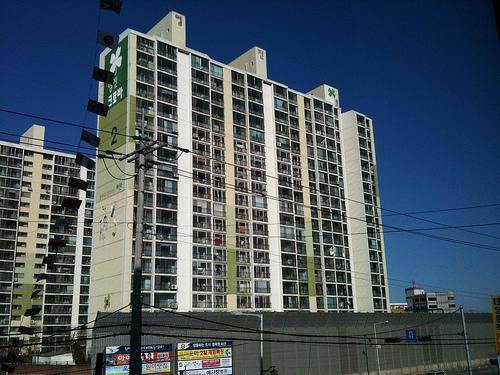 The second semester is underway and students are back to the daily grind –– and back to making important decisions about majors, jobs and housing.Deciding where to live can be a feat itself, let alone weighing the options on-and off-campus, signing leases and finding roommates.Selecting who to live with for an extended amount of time can be a stressful decision for some. When choosing a roommate, conflicts and legal issues can often be avoided by asking the necessary questions.

According to Kathleen Harward, director of Student Legal Services at CSU, it is a vital decision for students to determine exactly what they are getting into prior to signing a lease.

“Pick your roommates wisely because if you don’t get along, it can be costly,” Harward said.

According to the “Art of Roommating” webpage on the Off-Campus Life website, students should discuss financial aspects, quiet times, pets, smoking, drinking, parties and visitors with potential roommates before signing a lease together.

There are several different ways to discuss the topics, however according to Harward, it’s necessary to just come out right and ask the questions.

“When you decide to live with someone, do background checks, don’t be afraid to ask questions, find out their habits,” Harward said. “It is so costly to break a lease.”

Students who have experienced the trials and errors of finding roommates agreed that it is important to pay attention to all aspects of living before choosing to live with someone.

According to Alexandra Donovan-Hawkes, sophomore biology major, choosing a roommate is much more than having seemingly similar interests.

“I decided to live with her because it seemed like we both had the same type of hobbies and interests. However, we didn’t live the same lifestyle,” Donovan-Hawkes said. “She would rather stay up late and have a whole bunch of guys stay the night, whereas I actually focused on studying and school during the week.”

She explained that it was much too difficult to live with someone who was the complete opposite of herself. When it came to a breaking point, they both realized that something needed to change.

“She moved out because of study abroad, but if she didn’t, I was going to,” Donovan-Hawkes said. “It was affecting my ability to focus on things I needed to focus on. And we decided enough was enough when we couldn’t even leave the apartment without locking our bedroom doors. We didn’t trust each other and there was no way to fix that.”

In order for either of the girls to move out of the apartment, they had to break their lease –– a process that can be expensive, depending on the landlord and the terms of the agreement.

According to Donovan-Hawkes, her roommate had to find someone to take over her place in the lease and pay a termination fee to remove her name from the lease.

Many students go to Student Legal Services to try to get out of their lease because of roommate issues and unfortunately for a lot of the students, it isn’t that simple, Harward said.

“Having a roommate that is difficult doesn’t give you justification to get out of the lease without breaking it,” she added. “We refer a lot of those students to mediation. Mediation really is a first step to dealing with roommate conflict.”

She explained that in some cases, mediation just won’t work and then legal avenues needs to be taken, like breaking the lease. At these and similar junctures, Student Legal Services to work with students and help them with whatever advice they may need to progress forward.

When considering moving into a new place and finding roommates, it is important that all aspects of the living situation are clear.

“If you are a night person, don’t live with a morning person,” Donovan-Hawkes said. “If you like it clean, don’t think that having a roommate that says they are ‘kind of neat’ will work because things build up and tensions will arise when you and your roommates don’t live the same way.”