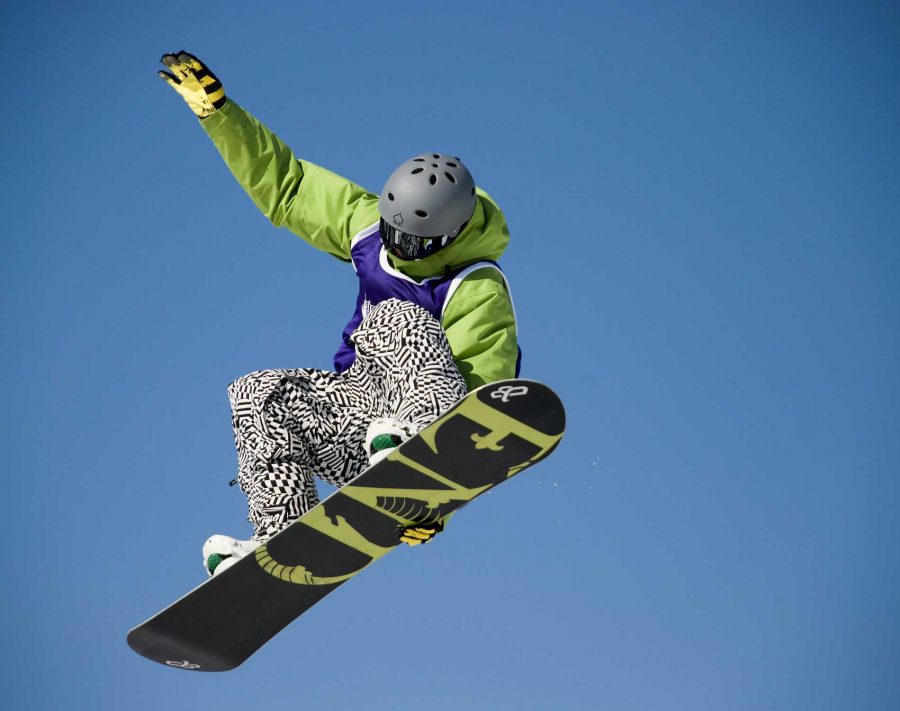 The CSU Snowboard Team is looking for snowboarders seeking to improve their abilities as the winter sport’s popularity peaks in the snowy months of December, January and February.

“We are a progressive and competitive freestyle snowboarding team,” said Bri Greenlee, the former president of the club who recently transitioned out of the role.

According to team members, the group’s goal is to organize competitive snowboarding on a collegiate level while being supportive of excelling academically. To participate, each person must purchase either the Epic Season or Epic Local pass, depending on whether they’re on the Snowboarding Team’s competitive or progressive divisions.

The competitive team was created for advanced riders who want to enter in local and or national contests. Members who don’t wish to formally compete but still want to improve join the progressive team.

“These guys are looking to take it farther. They’re really stepping up their game. When the team was handed to me it was barely holding on by a string,” Greenlee said. “I was just waiting to try to get a couple people in here that cared enough about the team. To get us out there, get people rocking, really progress it. The team is blowing up. We already have 14 people committed. That is huge.”

Every week, the Snowboard Team practices on mountains such as Keystone, Breckenridge, or Arapahoe Basin “when it’s early season just because there’s not much to do there,” said Kyle Ferrell, vice president of the club. “We have a professional coach who rides for CandyGrind –– Ian Smith.”

Smith challenges the members to push their comfort zones.

While their coach is a professional rider, the team is not exclusive to boarders that are highly skilled in the park.

“Please don’t make us teach you how to snowboard, but if you can make it down the hill and you just want to get better, that’s all you need,” Greenlee said.

Regardless of each members’ skill level, the team is unanimous in its desires to further its boarding skill set. They decided to compete in competitions hosted by the USA Snowboarding Association, which organizes all local and national amateur contests.

“There are three to four competitions depending on the season but if you rank high enough in two of the competitions you can make it to nationals, which are generally held at Copper Mountain and then you’re a nationally ranked rider,” Greenlee said.

In 2010, Greenlee placed fifth in the competition.

“I like it because it’s organized. I grew up here in Fort Collins and it’s hard to get up to the mountain sometimes,” said Brandon Woolridge, a sophomore engineering major on the Snowboard Team. “You know that you always have a good group of people to ride with. You’re going to actually get better. It’s fun because you can actually progress. You have a coach that can teach you anything you want to learn.”

According to team members, Smith takes notes of what each person wants to achieve.

“He’s not mean, but he pushes you. This is how I got better this is how I am going to teach you to get better and this is what you need to do,” Ferrell said.

The Snowboard Team is different from CSU’s Snowriders Club, which acts as the recreational ski and snowboard club.

Anders Butler-Olimb, a sophomore business major who’s new to the group, said he likes belonging to a group of people that snowboard –– especially considering he’s grown up with skiers.

“I feel like I’m competing against people. It’s kind of fun and it makes me try harder and try new tricks,” he said. “And the coach is helping me with the basics that I never really learned before, and they’re all pretty chill guys. It’s a good time. There’s always somebody going up skiing.”

According to club members, the Snowboarding Team’s small group environment sets the scene for a challenging, fun environment where everyone knows one another.

“We push each other,” Ferrell said. “I like the challenge and just having fun.”