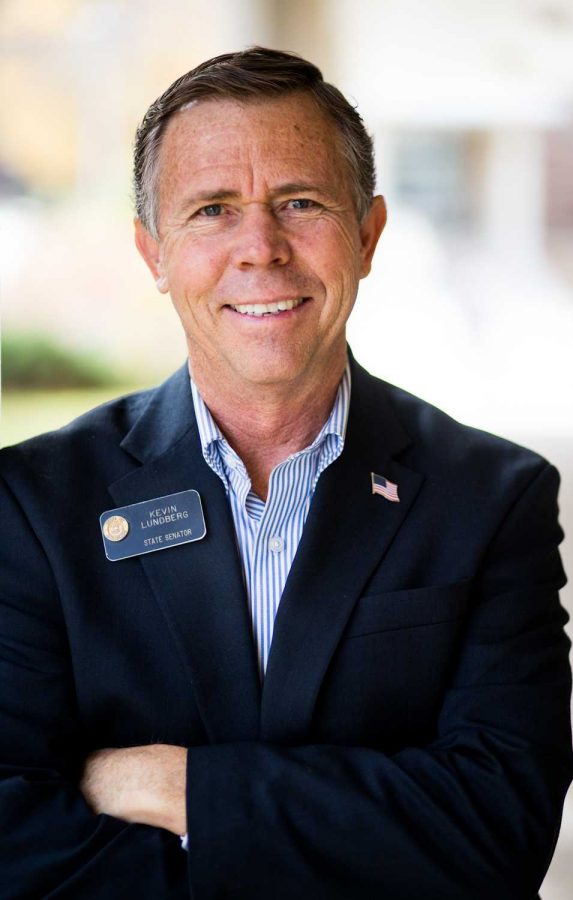 State Senator Kevin Lundberg decided to run for U.S. Congress when, following the 2010 census, Larimer County was pulled from the fourth Congressional District (CD) and placed in the second CD.

Now the one-time democratic stronghold has roughly the same number of registered voters in both Republican and Democratic parties, giving the Republican candidate a better chance of winning the election than in the past.

Lundberg, who is making his first run at federal office on a platform of limited government and free market principles, is hoping to unseat incumbent Democrat Jared Polis, who has held the  position since 2008.

A social and fiscal conservative, Lundberg has spent 10 years in the Colorado legislature, first as a congressman then as a senator. He believes the federal government has gotten too large and intrusive in people’s lives.

His goal is to scale back the scope of government through lowering taxes and allowing more autonomy to states and individuals.

With both CU-Boulder and CSU in the Second CD, higher education is one of the defining characteristics of the district.

Lundberg said it’s important to keep a mix of public and private funding to the universities, but at the same time feels they need more autonomy to increase competitiveness. This includes allowing legal accrediting associations to “function on their own, rather than being dictated by state and federal regulations.”

He added that while the rising cost of tuition is a serious issue, allowing students to take out tens of thousands of dollars in student loans is not a smart way to solve the problem.

Lundberg said he and his opponent are at polar opposites when it comes to the role of the government in people’s lives.

“His solution always comes down to some mandate from Congress,” Lundberg said. “My solutions come down to the question of if this is really Congress’ business in the first place.”

Two of the bills he’s sponsored in the Colorado legislature that he’s particularly proud of are a $4 prescription drug program and a bill that allows retailers, such as grocery stores, to offer discounts on gas.

“Both of those programs were illegal in Colorado until I ran two separate pieces of legislation,” Lundberg said, adding that they passed with bipartisan support.

Known as a staunch social conservative, Lundberg has opposed abortion, same sex marriage and civil unions during his time in the state legislature. Brad Dick, president of the College Republicans at CSU, says this shouldn’t have an impact on how students, who are more concerned about the job market and the economy, will vote.

“(Lundberg) knows how to create jobs, he’s focused on the economy,” Dick said. “I think that’s exactly what students are focused on right now so he’d be an excellent choice.”

As the race comes to a close, both parties and candidates are coming out strong to win the vote. This new competitiveness in the second Congressional District is a good thing, said Anne Wilseck, the secretary for the Larimer County Democratic Party.

“When you have a competitive district, the congressperson really has to represent all their constituents because they’re not guaranteed re-election,” Wilseck said.