Obama or Romney? Undecided student voters share why they can’t decide who’s getting their vote 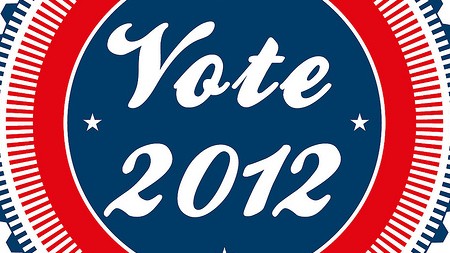 Five days remain until the election, and while the majority of Americans have already decided who will get their vote, a select few remain to be swayed.

Roughly 5 percent of voters, including some CSU students, remain undecided at this stage of the election, according to Sandra Davis, associate professor of political science.

“Some may be unhappy with the choices: they may agree with a candidate on one or two issues while they agree with the opponent on others,” Davis wrote in an email to the Collegian. “However, more undecided voters won’t be as attentive, knowledgeable or concerned about the election as many who have already made up their minds.”

The undecided voters with the most potential to change election results are those in competitive races, like Colorado. It is also possible that the response to a last-minute event like Hurricane Sandy could sway undecided or weakly partisan voters, according to Davis.

Here are three CSU students who have yet to make a decision about their vote and what they’re concerned about.

Chris Lopina, a senior journalism major, does not particularly like either presidential candidate. Obama has not accomplished much in his first term, and Romney is not a likeable person, according to Lopina.

Lopina’s hesitancy in supporting one candidate at this point is because he agrees with Romney’s pro-life stance, but likes Obama’s plan for universal healthcare. Cutting funding for Planned Parenthood aligns with Lopina’s Catholic-influenced beliefs. However, looking at other countries as examples, Lopina said he believes that healthcare for everyone is fair and works.

Friends and family try to persuade Lopina of one side or another, but he plans to research on his own before he makes his final decision.

Politicians seem to say anything to get votes, and that is the problem, according to Robin Carrera, a sophomore business major. He believes that by trying to please everyone, Obama and Romney’s stances on the issues are hidden behind generalizations.

One of Carerra’s main concerns is the tax policy, but the candidates’ shifting rhetoric makes it difficult to discern how each would impact the country as president.

To combat the confusion, Carrera plans to research extensively on his own, because he said it is the only way to know what is true.

“I feel like it’s kind of unfortunate because a lot of the American people probably don’t know how to do that kind of research and maybe don’t have the resources to do it,” Carrera said. “A lot of people base a lot of what they hear on what candidates say, and what they say is not clear and always changing. We deserve to hear the facts and the truth.”

Carrera watched the debates, but found they made him even more undecided because of the contradictions and the candidates’ inability to directly answer questions. His friends also do not help with his decision because he feels their answers to questions are biased because of their predetermined affiliation.

“I want to make sure I vote for who I really think deserves it because I would feel more uncomfortable if I just picked a side and not really looked into it much just because my parents voted for them or my friends voted for them,” Carrera said.

Obama has had four years in office to turn the country around, but sophomore undeclared major Gus Wordem is displeased with his progress. And, while he liked Romney before 2008, the now-presidential candidate’s stances have become more extreme.

The economy and job availability are important to Wordem, but he is unsure which candidate’s economic plan will help him and his family. Moreover, he does not know if the future president will stick to his current plans and honor them during his term. Uncertainty about the candidates’ potential effectiveness in office keeps him undecided.

However, Worden is not worried that he has not made up his mind with a week until the election. He prefers to stay undecided and do his own research instead of letting friends or campaigns sway his vote.

“I like to keep to myself and not have others’ opinions persuade mine,” Worden said. “I  like to think about it for a while and make my own choice.”