Obama may take it all, but Colorado likely for Romney 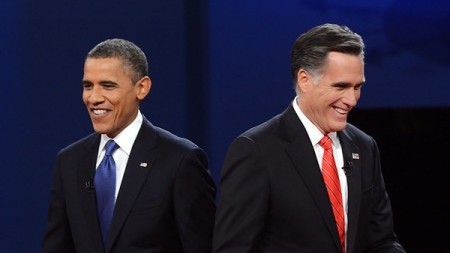 It’s been said before, and it bears repeating. As one of nine swing states, Colorado will be key in this election.

Neither Obama nor Romney has reached 270 electoral votes from the states considered “safe” at this point, although Obama has a slight lead, according to John Straayer, political science professor.

Ohio’s 18 electoral votes are essential in the election, according to Straayer. If Obama wins Ohio, it would be difficult, but not impossible, for Romney to assemble electoral votes from the remaining swing states like Colorado.

“The most important state is Ohio, but after that we’re clearly in the second grouping of states that have the potential for determining the outcome,” Straayer said. “… If Obama wins Ohio, then it’s very likely to be over. If Obama wins Ohio, Colorado is an absolute must for Romney.”

Romney has a slight edge in Colorado as far as voter registration and early voting numbers are concerned, Straayer said. According to the Colorado Secretary of State website, 53,258 active Democrats and 66,124 active Republicans are registered in Larimer County.

However, making a firm prediction in either direction is a hazardous proposition because the race is so close, according to Straayer.

Historically, Democrats did very well in Colorado in 2008 and “not bad” in 2010, Straayer said.

Larimer County is a good indicator of Colorado’s leaning as a whole. In the last election, Larimer County voted within 1 percent of Colorado’s votes for Obama, according to Straayer.
Fort Collins tends to vote Democratic because it is more urban and industrial, but the outlying areas of Larimer county are more rural and tend to vote Republican.

Other states and voters take cues from swing states like Colorado, according to Kelsey Maez, president of the CSU College Democrats. Within Colorado, voters look to swing counties like Larimer to see how the overall state is trending. Undecided voters take this information into consideration when they eventually vote.

Republicans, Democrats and Independent voters each comprise about a third of Colorado’s voting population, according to Brad Dick, president of the College Republicans at CSU. Candidates and campaigns work to convince critical independents in Colorado. Romney was in Denver Saturday and Obama was in Aurora Sunday for campaign events.

“It’s fun to get out there and talk to voters,” Dick said. “… To be able to talk to them and hear what their concerns and thoughts are, it’s an important part of the campaign process and something that needs to be done and you gotta create that for independent voters and make sure they hear your view.”

Democratic volunteers also walked door-to-door throughout the campaign season and worked at the Larimer County Democrats office calling voters to sway undecideds and energize Democrats. Maez has worked at the office every day for the past three weeks.

“It’s a battle until the very end,” Maez said, “And it’ll be a battleground state just like it has been throughout the entire election season.”