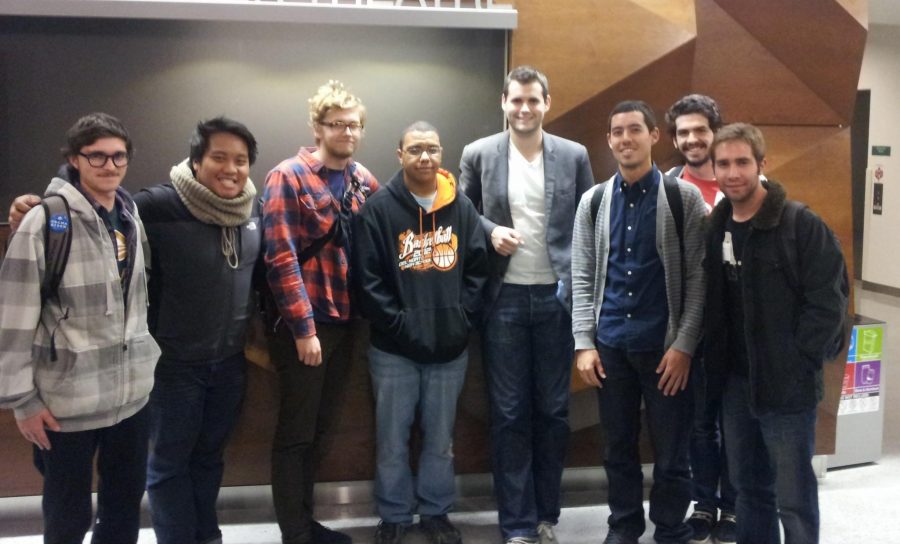 For many, society expects men to be a lot of things: tough, fearless, strong. Society also says men aren’t supposed to be compassionate, vulnerable or allowed to show emotion.

A CSU organization, Men in the Movement, is deconstructing these traditional definitions of masculinity in an effort to prevent gender violence and change the definition of what it means to “be a man.”

The 18-member group meets once a week to discuss topics like gender roles, the effects of pornography on society, and the importance of men approaching gender violence not as a woman’s issue –– but as something men have a large responsibility in preventing.

“A lot of times you hear things like stalking, sexual harassment and we think of them as women’s issue’s even though they’re perpetrated by men,” said John Harrold, group facilitator and program coordinator for the Women and Gender Advocacy Center. “So the way we kind of frame it is it’s men’s responsibility to try to stop some of these issues.”

The group encourages men to look inward to examine their own attitudes, beliefs and their personal definition of manhood to see how that might inadvertently play a role in perpetuating sexism and violence. Being an ally to women, transgendered people and accepting of peers with different sexual orientations is also one of the ways men can prevent gender violence, Harrold said.

Josef Canaria, a senior communication studies and political science major, attended a “Take Back the Night” rally to raise awareness of and prevent sexual violence his freshman year. He said the rally had a profound effect on him and afterward he became involved with organizations on campus that explored and encouraged diversity.

Canaria said he was excited to be nominated to join Men in the Movement when it was created earlier this semester.

“I wanted to make myself an ally of this movement and really be somebody that can utilize male privilege to help end the struggle against gender violence,” Canaria said.

The group is recruiting new members for next semester and hopes to increase outreach efforts and community involvement as it expands.

Language is a powerful tool that can subtly perpetuate negative stereotypes, said freshman natural resources management major Matthew Juneau. Words or terms men carelessly throw around, like “that’s so gay” or “sissy” can play a role in furthering negative stereotypes, he said. Juneau believes using more inclusive language and being aware of how we talk around other people is another way men can show support for equality.

“What we say has a lot of power. Words carry connotations with them so there’s just  some words that are triggering for people,” Juneau said. “So it’s important to use language that isn’t going to offend anyone.”

Growing up, Juneau said his family was extremely liberal by saying that he or anyone else can date, love and be with whoever they want, and that it isn’t other people’s right to judge that. He spent a lot of time thinking about these issues in high school and while at a diversity program at his residence hall, a WGAC representative asked him if he was a male feminist.

Without having to think about it, he said “yes”, found out more about the Men in Movement Program and joined when it started up this fall.

“Especially with college and stuff, it’s just a really liberal time and a lot of things I’ve been thinking about are here,” Juneau said. “I thought it was really cool that CSU had something like this.”