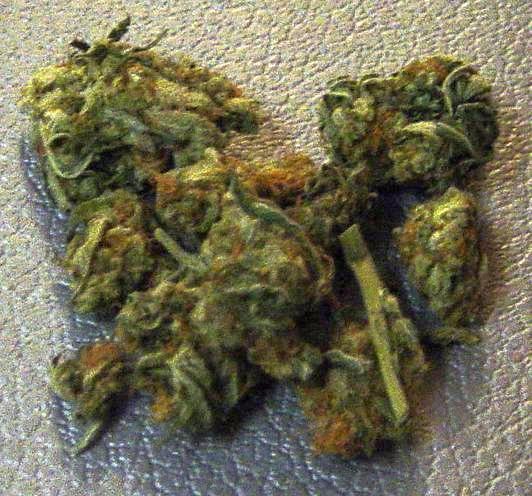 It has been 23 days since voters passed Amendment 64, which legalized marijuana in Colorado. But many are still asking: What now?

By July 1, 2013, Colorado’s Attorney General, the Health Department and other departments will put together rules and regulations for marijuana, including how it will be sold and advertised.

These regulations have to be established before marijuana can legally be sold, distributed and transported, according to Larry Abrahamson, District Attorney for Colorado’s 8th Congressional District.

Amendment 64 has yet to be signed by Gov. Hickenlooper, at which point possession and private use by those 21 and older will be legal. Abrahamson predicts the governor will certify the amendment within the next few weeks.

What is largely uncertain is how the federal government will respond to Colorado’s Amendment 64. The government can force Colorado to behave differently by potentially withholding funding for the state, which could affect CSU, according to Dawn Nannini, Evaluations Specialist for Team Fort Collins.

“As far as what students need to know, they need to wait and see really how this is going to play out in Colorado,” Nannini said.

Students do need to realize that because the use of marijuana is a violation of federal law, it could affect federal funding like Pell Grants, according to Abrahamson.

However, federal law prohibitions are potentially temporary, according to Rob Lowrey, a staff attorney for CSU’s Student Legal Services. As more states legalize marijuana, legalization may occur federally as well.

It is too soon to measure Amendment 64’s impact, according to Jason Johnson, Deputy General Counsel and Special Assistant Attorney General who heads the Office of General Counsel at CSU. CSU is currently evaluating Amendment 64 and its potential legal and policy impacts, and will update policies accordingly, but it is unlikely marijuana will be allowed on campus.

“We do not expect that marijuana use and possession will be permitted on campus because its potential health and behavioral impacts don’t fit with our mission as an academic institution and a safe, fast-paced, high-functioning work environment,” Johnson wrote in an email to the Collegian.

Johnson also does not expect to see significant increase in marijuana use at CSU because it is prohibited by university policy, federal law and the student conduct code.

On a federal level, the Controlled Substances Act criminalizes the growth and use of marijuana, and federal enforcement agencies can prosecute both users and growers of marijuana. The use of marijuana in the workplace is also restricted federally by laws such as the Drug-Free Workplace Act of 1988.

Marijuana incidents will become a campus policy issue instead of a criminal record issue, according to Lowrey. Marijuana use will still be against policy in the residence halls and student conduct code.

Point 17 of the Prohibited Conduct section of the student conduct code states that the use, possession, manufacturing or distribution of illegal drugs such as marijuana or possession of paraphernalia is prohibited.

The District Attorney’s Offices in Boulder, Denver and other areas around the state have begun dropping pending cases of marijuana possession, and the Grand Junction police are no longer citing people for possession of marijuana, according to Mason Tvert, co-founder of the Campaign to Regulate Marijuana Like Alcohol.

The 8th Judicial District, which Larimer county is a part of, has not dismissed pending court cases related to marijuana because the incidents occurred before the amendment was passed. The DA will look at each case individually to determine appropriate actions to take.

Although those who possess up to one ounce of marijuana will no longer be ticketed, Abrahamson predicts police will encounter other problems, such as more instances of driving under the influence.

“Alcohol is a significant problem when it comes to law enforcement. A lot of people get in trouble after drinking and being intoxicated. Fighting starts, poor decisions are made and now we’re just adding one more substance to society that’s going to have an effect on people’s judgment,” Abrahamson said.

Marijuana may become more prevalent in Colorado communities, even if they decide to not allow for the sale of marijuana, according to Nannini.

Team Fort Collins, which provides alcohol and drug prevention services, plans to work hard to increase people’s awareness of the risks associated with marijuana use.

“The decision not to use marijuana in Colorado is going to be much more difficult for young people than it ever has been before, and I think we need to be up front with young people about that,” Nannini said. “We’re going to have to have some really serious conversations in our communities about this.”

Tvert said marijuana use might increase, especially recreationally, but not significantly.

Ultimately, CSU works to promote the health and safety of its students and employees, according to Johnson.

“CSU’s health professionals are always concerned about the potential health impacts of substance use and abuse,” Johnson wrote. “Even legal substances can have detrimental and lasting effects on health and academic performance.”