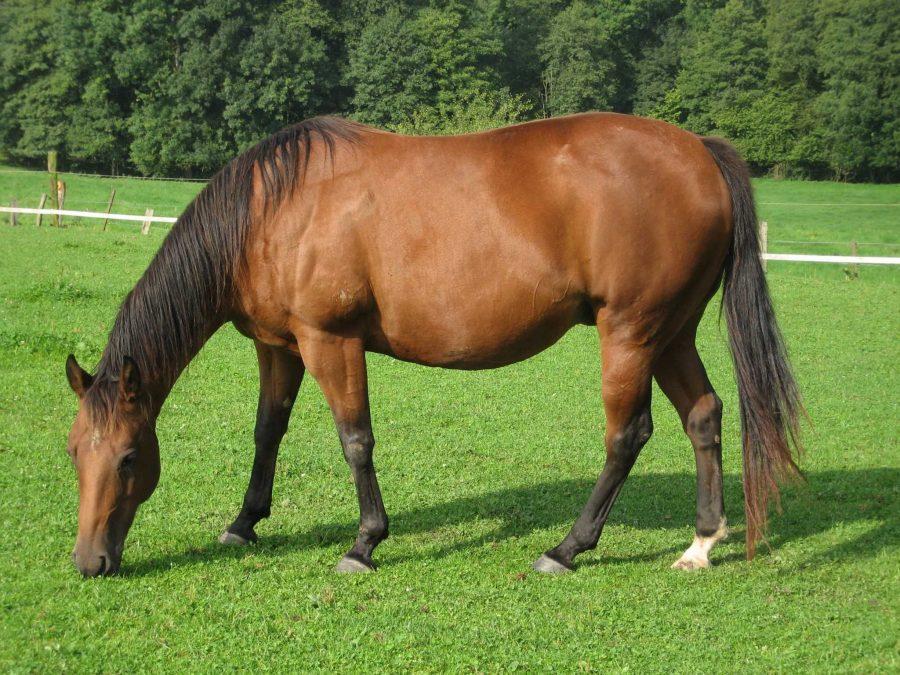 Waking up at 3 a.m. to prepare for an all-day competition is typical for CSU’s Horse Judging team, whose history of success continued in the 2012 season.

Many students become accredited judges after graduation, according to David Denniston, who teaches the introductory horse judging course and is head coach for the Quarter Horse team.

The teams judge a number of classes, each comprised of four horses, against an ideal standard. Competitors rank the horses based on confirmation, movement or rider performance, and later have two minutes to justify their rankings to a reasons taker, according to Kate Auchmoody, coach for CSU’s Arabian judging team.

“People judge you on how you judge horses, yes that is how it works,” Auchmoody said.

In real-world situations, judges often must rank 30 to 40 horses at a time, according to Auchmoody. Judging horses allows owners to have their horses ranked in competition, and judges often help define breed standards by looking for humane training methods and more natural animals.

All competitors on CSU’s Horse judging team are currently enrolled in the Advanced Horse Judging class, after first taking the Introduction to Horse Evaluation class, where students learn judging criteria and practice reasons.

“[Reasons are] such an important component of the class and judging in general because you’re held accountable,” Auchmoody said, “and when you get out into the real world and you start judging breed shows and that sort of thing, some of these people are paying thousands of dollars to be there and compete and if you’re not paying attention, they get a little upset.”

Competing for CSU was an important factor for Kiernan in joining the team, and taking the courses were good preparation for competition. She said she used her compiled knowledge of horse criteria to focus on the big picture when ranking the horses and explaining her decisions.

“While we were there it was really cool to see how much I’d learned and actually judging the horses,” Kiernan said. “For me it was kind of easy, and so I think that was a real test of my knowledge and what I’d learned.”

Members of the horse judging team are motivated, “Type A” personalities, according to Auchmoody. The students practice three days a week judging videos of past shows and working on reasons for their rankings. They also have a number of weekend practices where they attend local horse shows.

The most important skill in horse judging is dedication, according to Kiernan. Although she never judged horses before attending CSU, she was a rider for 12 years. Horse judging knowledge, communication and teamwork are valuable skills in competition.

The horse judging classes train students to be confident and well-spoken, skills they can apply to other CSU classes and eventually their careers, according to Auchmoody.

“It does have application and I think it’s more a mental exercise to think logically through something, and you can use that in anything you do,” Auchmoody said.

The Quarter Horse team practiced judging horses competing in the main show in the days leading up to the collegiate judging competition, according to Kim Nettleton, a senior equine science major.

Competitors judge horses from about 8 a.m. to noon, get a break to eat lunch and formulate and practice their reasons, and then give reasons until around 8 p.m., according to Nettleton.

“I do get tired,” Nettleton said, “but I feel like pushing yourself and getting tired makes you better the next time… I do get tired, but I enjoy it.”

Although the students are split into two teams, they support each other and work to represent CSU well, according to Kiernan.

The process of horse judging requires a lot of effort and long days of competition, but is rewarding and a positive reflection of CSU and the Equine Science program, according to Auchmoody.

“It is a high stress sort of thing,” Auchmoody said. “You don’t do it unless you love it because it’s a lot of pressure, a lot of stuff going on through your brain. It’s a lot to handle but it is very, very fun.”