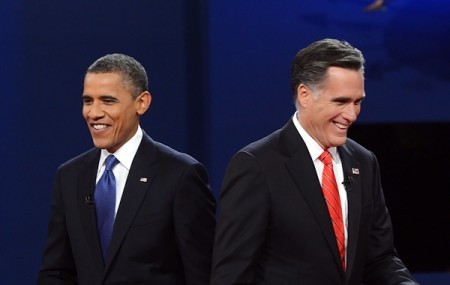 If the amount of signs and clipboard-wielding Obama supporters were any indication of the president’s popularity on campus, Mitt Romney was in for a tough time in getting strong support from CSU students on election day.

A survey done as a project for a 300-level statistics course led by Department Chair Jean Opsomer was able to quantify this anecdotal evidence of the support President Obama has on campus.

Of the 409 students surveyed as they exited the Lory Student Center Theatre Tuesday after having cast their ballots, 64 percent said they had voted for Obama, 31 percent for Romney and 6 percent for other.

Female students at CSU overwhelmingly favored Obama, with 69 percent voting for the president versus a mere 28 percent for Romney.

She felt Obama and Democrats in general are more in tune with female voters, who she described as more understanding and empathetic to the struggles of other people.

Reproductive rights also played a big part in her voting for Obama.

“I just think Obama appeals more to women compared to Romney,” Farquhar said. “He’s not trying to take away the right to chose what we want to do with our own bodies.”

Two of the eight colleges at CSU, the agriculture and business colleges, favored Romney by just over a 50 percent margin.

The other six all overwhelmingly showed support for the president. The Veterinary Medicine and Biomedical Sciences and Natural Resources Colleges were the highest, with over 72 percent of their students voting Obama.

Most of those that voted at CSU could agree on one thing: voting “Yes” on amendment 64. Seventy six percent of CSU students supported the amendment to legalize marijuana in Colorado.

“A lot of young people are progressive,” said junior nutrition science major Zack Zeilik, who voted “Yes” on the amendment. “People are going to use it, so it might as well be regulated.”

The STAT 305 class had spent the last two weeks developing questionnaires, setting up the interview groups and establishing a data entry and analysis group.

“I think for most people in the class, it was really valuable to see what goes into a survey,” said senior psychology major Katherine Regelson. “It gave me a healthy amount of respect for the amount of work that goes into doing this.”

In order to get a random sample, the interview group set up outside the LSC theatre and surveyed every fifth person as they exited the voting area. The process wasn’t without its difficulties though, as the group was incorrectly told by poll watchers that they weren’t allowed to be within 100 feet of the building.

Once outside, getting a random sample proved more difficult than being next to the polling area.

“It was frustrating,” said statistics sophomore Paul Harmon. “When I asked people if they voted, they confused me with the clipboard people so it was harder to get information.”

Opsomer acknowledged that with early voting, getting a truly random sample of how CSU students voted would not have been possible by focusing solely on how students voted on Tuesday.

“If you do an exit poll on the day of, it’s not a random sample,” Opsomer said. “Some people are more likely to be early voters than others.”