What CSU Greek Life does during homecoming 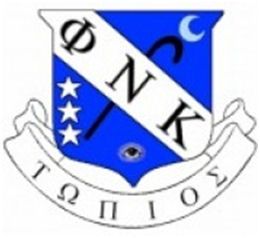 Every year, Greek Life is one of the key players that makes homecoming happen.

“They were very involved in the conversations leading up to homecoming,” said Taylor Jackson, the director of student services for the Associated Students of CSU. “They were pushing very hard to increase turn-out.”

On top of their annual homecoming stroll-off, floats and philanthropy, Greek Life will be involved in two new events this year.

The second event is a year-long endeavor. Greek Life works to raise money to donate to charities, such as the firefighters and safehouse programs. During Greek Week, Greek Life raised $1,700.

Despite the negative reputation that sororities and fraternities across the country often carry, according to Petersen, Greek Life at CSU is trying to make a good impression on everyone, and give back.

“We don’t fit the stereotypical sorority and fraternity,” Petersen said. “We’re focused on education and giving back to the community.”

These events, Jackson said, not only bring students together as a school, but involve the whole community.

“The philanthropy is the most direct involvement with the community,” Jackson said.

“Being able to show alumni what’s still going on and what has changed perpetuates a positive image for community-building,” Jackson said.

Collegian Writer Candice Miller can be reached at news@collegian.com.