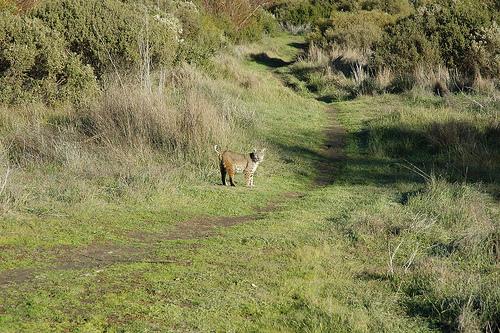 Wild animals can spread disease to human beings, but for bobcats the roles can be reversed, according to a paper written by CSU wildlife and veterinary scientists for the Sept. 2012 issue of the Journal of Clinical Microbiology.

Bobcats are more likely to pick up  Giardia, a parasite that can affect human beings and cause gastrointestinal disease, if they live closer to urban areas that have an increased impact on the environment.

Scientists from the Warner College of Natural Resources and the College of Veterinary Medicine tested bobcats’ fecal matter for a variety of parasites in Ventura County, Calif. and along Colorado’s Front Range and Western Slope. There was no evidence that the bobcats carrying the parasites were sick.

The same scientists showed in a February study that domestic cats, bobcats and pumas living in the same area share diseases, some of which can then be spread to people.