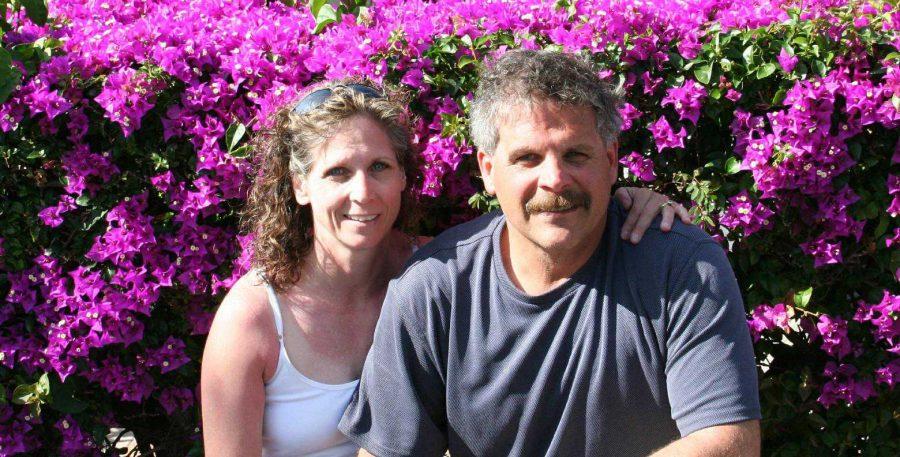 With an easy going manner, bright smile and willingness to spend hours outside of class helping any student who was struggling with statistics, Carl Richard Gumina inspired thousands of CSU students in his 15 years as an instructor in the Department of Statistics in the College of Natural Sciences.

“He truly was a beloved teacher who cared about his students. A consummate scholar. He had a love of life you can only dream of having,” said Janice Nerger, dean of the  College of Natural Sciences. “Rick was one of the finest teachers in our college.”

The instructor was found unconscious Monday morning by bike racks behind the CSU Statistics Building on the Oval. After being taken from the Colorado State University campus in an ambulance, Gumina was pronounced dead at Poudre Valley Hospital at 8:35 a.m. Monday, according to Jere Gunderson, an investigator with the Larimer County Coroner’s Office.

Gunderson said the cause of death is still pending, but no foul play is suspected. An autopsy is scheduled for Tuesday.

Friday afternoon Kalie McQuillen, a junior psychology and social work double major, had just turned in a project in Gumina’s statistics class. Walking out the building with a classmate, they both talked about how good of an instructor Gumina was.

“We were both talking about how great he was and how we wouldn’t want any other professor teaching us statistics,” McQuillen said.

Former CSU student Ulanda Baker said Gumina put everything he had in making statistics “fun, unique and engaging” for the students who passed through his class.

She said he would try to come up with subjects that a college kid might find interesting, like the average length of a kiss, marriage or average amount of alcoholic beverages a college student might consume over a weekend.

“He was always willing to take the the extra time to answer questions. He would try so hard to come up with different ways to help the person understand the subject,” Baker said.

Former students said Gumina knew statistics was one of the more disliked classes and would joke about that with students and do everything he could to make it accessible.

McQuillen said she came from a high school of 300 people and was worried she wouldn’t be able to get to know any of her professors at CSU.

After taking Gumina’s STAT 311 class her freshman year, she said there was no other instructor she wanted for her STAT 312 course.

“He was just a cool guy and so unpretentious,” McQuillen said. “At the beginning of every class he’d start by saying, ‘I’m not a doctor –– just call me Rick.’”

McQuillen said Gumina was always available and enjoyed joking around with his classes. If a class was particularly tough he would end it with, “‘we’ve had enough, let’s go to the Skellar for a beer.’”

“Getting to know your teacher like that is huge,” McQuillen said. “It changes your whole college experience.”

In 2003, Gumina won the Resources for Disabled Students Effort Award.

“He seems to have a rare and special talent for explaining mathematics and statistics in such a way that even students with a phobic dislike for those subjects are able to succeed in passing them,” reads the center’s website.

“He was a fine person, just a fine person … ” she said. “The thing I’m going to miss is that smile and the laughs we shared every morning. He was a positive person who had a positive influence on thousands of students and everyone who knew him.”