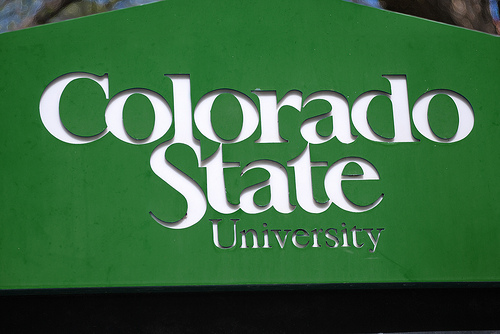 The university’s communication studies department is celebrating its 50th anniversary this year, marking decades of changes to its programs.
The exact future of the department, however, is uncertain.
“We are currently in the process of determining where we are going over the next six years,” said Sue Pendell, the current chair of communication studies.
The department’s courses are currently held in Willard O. Eddy Hall. Communication Studies suffers from a shortage of space, Pendell said.
“It would be nice to get our offices out of Eddy,” senior communication studies major Kelsey McRae said. “It’s a pretty big department and considering some of the things that we learn, we learn about speech communication but we also learn about non-verbal communication and things like how rooms are set up and what that communicates to someone coming in. And just having our offices in Eddy communicates horrible things.”
As students like McRae head towards graduation, the process of finding a career in this job market seems intimidating.
The U.S. Bureau of Labor says that the national unemployment rate is currently at 8.1 percent.
This might generate a problem to this year’s graduating students when searching for a well paying career with a major in communication studies.
“A communication studies major is a liberal arts education, not a professional training program,” Pendell said. “It teaches you to investigate, reason, analyze, evaluate, inform, persuade; it helps you learn who you are –– your strengths and weaknesses, and to utilize those strengths and deal with those weaknesses. If what you want is to make lots of money right after graduation, become a biochemist.”
There are currently 34 faculty and staff members serving around 700 undergraduate students and 24 graduate students in the department.
The department officially began in 1962 as the department of speech arts.  Since then the department has gone through several name changes.
It later became the department of speech and theatre arts and then changed to the department of speech communication.  Finally, in 2008 it became the department presently known as communication studies.
The name is not the only thing that has changed in the last 50 years. With the recent rise of new technologies, the department has had to adapt quickly.
“During the late 70’s and the 80’s and into the 90’s, broadcasting was a major function of the department that is not there so much now,” said Ann Gill, dean of the College of Liberal Arts. “Most of those currently, to the extent they still exist, are in journalism.”
The department has since then been training their students to recognize these new ways of communication.
This ushered in an entirely new degree program with speech and broadcasting concentrations.
The Department of Communication Studies has also added onto its reputation over the years.
Gill, who was also the department’s former chair, said it is “known as one of the best ‘Masters Only’, meaning non Ph.D. programs, in the nation. Our students in the masters program that want to go on to Ph.D. programs can get into any Ph.D. program in the country, because it is so well regarded.”
Collegian Writer Kevin Ruby can be reached at news@collegian.com.
Delete Image
Align Left
Align Center
Align Right
Align Left
Align Center
Delete Heading