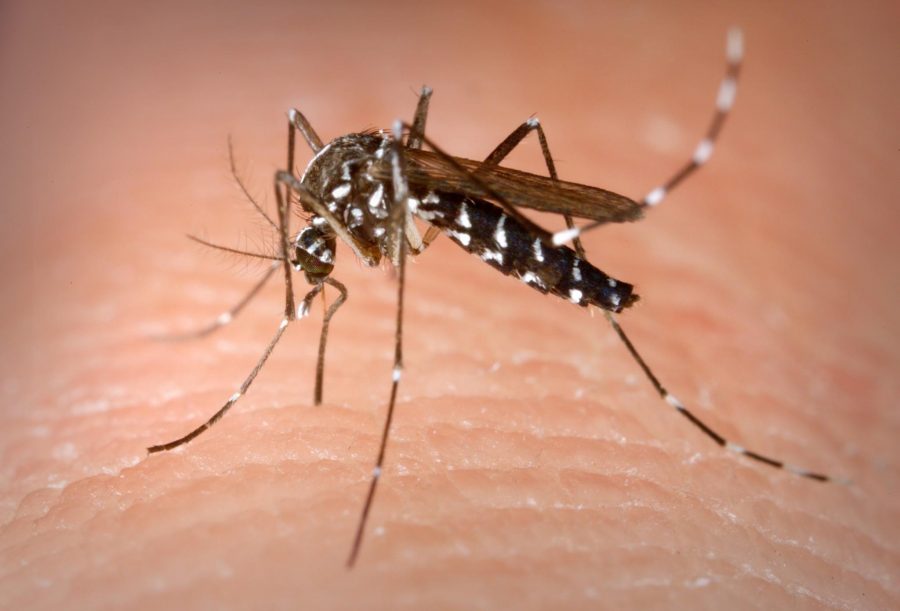 To combat an alarming rise in the number of West Nile infected mosquitoes that researchers have found in traps this last month, the city of Fort Collins has spent $28,000 to reduce the mosquito population around Fort Collins.

As of Wednesday morning, the city will have completed two rounds of truck based mosquito fogging in the last week to target adult mosquitoes. According to a press release issued by the city, there won’t be any more spraying the rest of the year.

“We haven’t had many cases of West Nile virus in humans yet, two confirmed cases of those reported,” said Jane Viste, the public information officer for the Larimer County Department of Health and Environment. “This is a preventive measure. We don’t want to wait for humans to become infected.”

According to the Center for Disease Control, symptoms of West Nile virus range from no side effects to fever, headaches, body aches, nausea, vomiting and in some cases can lead to severe neurological symptoms like paralysis, coma, convulsions, numbness and death.

Mike Calhoon, the city of Fort Collins West Nile virus program manager, said this is the fourth time since 2003 the city has done mosquito fogging. He said that overall about half the city will have been fogged and that “we generally have problems that run down the river corridor.”

Jessica Schurich, a bioagricultural and pest management graduate student, has been collecting data and monitoring mosquito abundance trends in Larimer County throughout the summer.

She said that the most common local vector, or carrier, of West Nile virus is the mosquito Culex tarsalis. The species has declined in numbers due to the lack of standing water associated with local drought conditions and rain.

Instead, Culex pipiens, the less common vector, is out in force. This is a container breeder that prefers shallow water with high organic content. Areas where this species can be found include flower pots, boats, catch basins and storm drains where water is permanent.

“This species is dangerous,” Schurich said. “It shifts host seeking over the course of the summer. It primarily feeds on birds, then humans.”

Schurich said that high infection rates in this species have been detected in Larimer County in the past three weeks. Mosquitos biting birds then humans is concerning, Schurich said “that’s how the virus is transmitted and it increases the number of potential vectors.”

She noted that Culex mosquitoes are not as likely to enter into diapause when temperatures remain warm. This means some adult females are still host seeking and possibly laying eggs, thus increasing the chances of passing on the virus to humans during the acquisition of a needed blood meal.

Schurich stressed the importance of using repellents to avoid being bitten.

“People need to take personal responsibility and be vigilant in the use of repellants,” she said.