Student groups register for Can’s Around the Oval 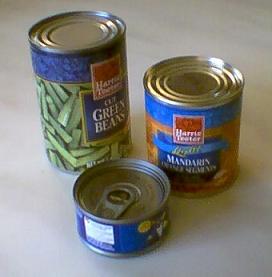 Even though the economy is slowly picking up, many people in Larimer County still struggle with putting food on their plates and meeting even basic nutritional requirements.

According to the Food Bank of Larimer County, almost one in 10 residents of the county use the services of their food share program. This adds up to more than 13,000 people receiving assistance per month. Fifty percent of those clients are children and the elderly.

“We’re serving many of the most vulnerable populations in the community,” said Food Bank Volunteer and Development Coordinator Susan Kelly.

CSU’s annual Cans Around the Oval kicked off it’s 26th annual food and monetary collection efforts this week. The organization hopes to collect 65,000 pounds of this year, raise $40,000 in monetary donations and get 150 organizations registered to compete.

“(Cans Around the Oval) is important to us being able to meet our mission of reaching those clients with food that they need,” Kelly said.

Thursday was distribution day in the Senate Chambers in the Lory Student Center. Students stopped by throughout the day to register their groups and collect supplies that included fliers, posters, boxes and canvassing materials. Student organizer and liberal arts major Emma Martens estimated 85 groups were registered as of Thursday. She said there’s no deadline and any group interested in competing should stop by the Student Leadership, Involvement and Community Engagement office anytime the next month. Last year about 135 student groups registered.

Collection bins will be set up at the Lory Student Center for individuals wishing to donate.

Throughout the next month groups will spread out over Fort Collins collecting money and food items from the community. Oct. 17 will see all the donations tallied at the Oval. The collected food will be wrapped around the Oval and winners announced.

Junior political science and international studies double major Robert Lopez stopped by the Senate Chambers to grab supplies and to register his fraternity, Sigma Chi, to compete in the food drive.

“We’re doing this first and foremost to help those in need in our county,” Lopez said. “It’s also important to change the stereotype of the greek image, people partying all the time. There’s so much more than that and we want to get out there and make a contribution.”

He made a goal for the group to raise at least 150 pounds of food.

Cans Around the Oval is organized each year by the office of SLiCE, and is the biggest food drive in Northern Colorado.

Senior marketing major and SliCE organizer James Bryant said the group has been working since August getting the food drive ready to go. He said having all the groups in a friendly competition working toward a good cause is a good way to build a sense of community at CSU.

“An activity like this, it’s an extremely positive program with an amazing impact on the community,” Bryant said. “It’s a great way to bond and to get to know other people on campus.”