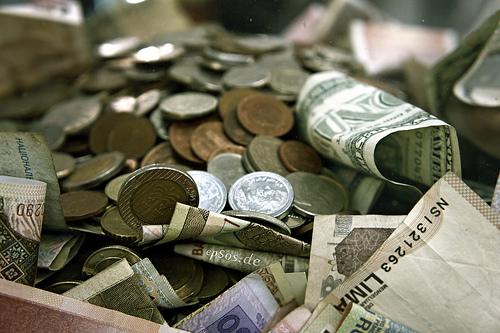 Editor’s note: Rocky Mountain Student Media Corporation, the Collegian’s parent company, received $520,000 of its budget last year from the Associated Students of CSU. This was funded by student fees.

On Aug. 29 student government leaders debated the proposed bill, SB4202, which introduces changes to this student fee process. Some believed the bill streamlined the procedure and others thought it unnecessarily strips power from elected officials.

Wednesday at the ASCSU Senate meeting student leaders will continue this debate and vote on bill SB4202.

But what exactly does that process look like in the first place?

The university’s student government, ASCSU, creates a special board –– the Student Fee Review Board (SFRB) –– that meets once a week over the school year to discuss where fees are at and how they’re being used. Students from across campus are part of the board and the student body vice president chairs it.
Fee-funded areas around campus submit budget proposals to SFRB for review. The proposals may ask for an increase, decrease or the same amount of money.
SFRB then reviews the proposals, asks for student opinions and votes on them.
After the Student Fee Review Board hears all fee proposals and each one has been voted on individually, the SFRB puts together the “Long Bill” –– a compilation of all fee proposals that SFRB has heard and approved –– to be sent to the ASCSU Senate.
The Senate then votes on the bill twice before it is passed. They have the power to amend the bill to their liking, changing the way a fee increase proposal’s revenue would be spent, or cutting it entirely.
The bill is then sent throughout a long string of campus leadership. University president Tony Frank and the ASCSU president take this budget proposal and submit it to the CSU System Office for the Board of Governor’s consideration at the next board meeting, typically over the summer.
If the two bodies (SFRB and ASCSU Senate) disagree, both proposals are sent to the ASCSU President, who then has the choice to sign or veto the Long Bill, and then send it on to Frank.
Frank would submit one of the recommendations, whichever he deemed more appropriate, to the Board of Governors.
The Board of Governors, which includes the ASCSU president, then implements the new bill for the next fiscal year.

Collegian writer Carrie Mobley can be reached at news@collegian.com.