Kappa Kappa Gamma reaches out to community with tailgate 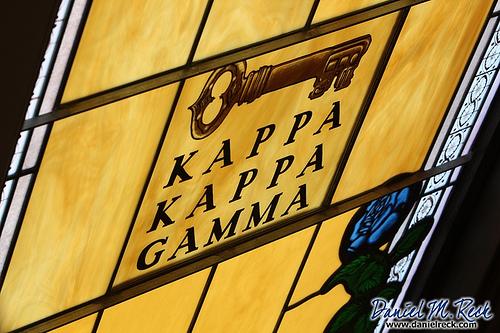 Saturday’s football game held a loss for the CSU team and fans, but not all CSU organizations suffered that afternoon.The Kappa Kappa Gamma sorority held an event during tailgating to support Fort Collins Fire Relief.

By holding the tailgate, and reaching out to the community and CSU students, the sorority raised more than $1,500 for Poudre Canyon fire relief, a program run through Red Cross.

“This event is different from a lot of other the other ones we do because its incorporating a lot more of the community,” Kappa Kappa Gamma’s public relations chairman Chelsea Madix said. “Something we are really trying to focus on is like, our image in the community.”

The tailgate was not only to get excited for the game, but to also show the Fort Collins community that the sisterhood has grown and improved after the negative hazing events from last year’s fall recruitment, according to Chapter President Arianna Zabriskie.

In the fall of 2011, the Kappa Kappa Gamma sorority was caught hazing new members and therefore will not be allowed to recruit new members until spring of 2013.

Kappa Kappa Gamma is working to rebuild their reputation at CSU and in the Fort Collins community. Chapter President Arianna Zabriskie said that what happened last year was not related to everyone in the sorority and that very few members were involved.

Kappa Kappa Gamma wants to show CSU how they are different from the typical movie sororities and show that their chapter is about being a sisterhood and helping the community, Zabriskie said.

“I feel like we are pretty set apart as of now in a negative way so we really want to be recognized in a positive way and show that from the bad we have become very good,” she said.

“We’ve been very proud of the leadership of Kappa Kappa Gamma and how they have taken initiative to create change within the culture of the chapter,” said Amy Bell, the panhellenic advisor at the Greek office.

The sorority is looking to have reached out to not only CSU students with this event but they really want to help the students reach out to the Fort Collins community.

On Satuday, the Kappa Kappa Gammas had a raffle, a lot of food, and face painting. Zabriskie said they were trying to bring in CSU students, as well as parents, families, and kids to show how they are connecting with the community.

“The event went amazing, we want to turn it into an annual thing,” Zabriskie said. “We had tons of support from the CSU community.”

“I strongly feel that we are a completely different chapter from when the first article went out to now, we are so different,” Zabriskie said. “And I mean that with the most love, it’s amazing how different we are.”