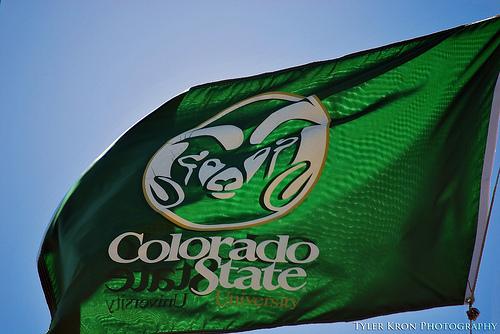 The Ethnic Studies and Women’s Studies Department recently released a Department Self Study that brought to light successes and shortcomings of the department.

The department found that they were succeeding on becoming a department, diversity in the classroom and challenging students with controversial topics.

The study also showed that the department is lacking in undergraduate enrollment, visibility and incorporating women’s and ethnic studies.

Last year, out of the approximately 60 departments on campus, the Ethnic Studies and Women’s Studies Department was one of 14 departments that had to create the program review, which was released earlier this semester, according to Kim Bender, the director of assessment at CSU.

“The faculty in the department learn about themselves during the self-evaluation and this knowledge helps them better develop department capacity to perform effectively in the future,” Bender said.

Every department goes through this assessment on a six-year cycle on average, with 12 reports happening every year.

“We have a call to other ethnic groups … we want to revamp our mission statement, values and curriculum,” Vernon said.

The review is an online document averaging about 150 pages that contains information provided by guidelines and is mainly focused on quality improvement.

“It relies on Institutional Research Data, a unit on campus that handles all data for the university that includes classroom environment, variables such as student to faculty ratio and class sizes,” Bender said.

The reports are developed by the faculty of the departments along with a board of faculty from outside the college and on occasion outside the university.

The Office of the Provost and Executive Vice President sends a summary report to the Board of Governors at the end of each year’s program review process. The completed department self-studies are then available to the public, according to Bender.

“Faculty will develop self-studies about what they did in the last six years and what they plan to do,” Bender said. “These goals are mainly centered around student learning, research that is all linked to the University Strategic Plan.”

The self studies focus on outlining goals such as student learning and instructional activity, research/scholarship activity, outreach, diversity and workplace environment.

“This is pretty common at most universities, this kind of process,” Bender said.

“It took a lot to create women’s studies … (we need to) spend time visioning the role,” Vernon said.

For 18 years, the ethnic and women’s studies department was a center. Now that they are a department under the College of Liberal Arts, visibility is a crucial goal addressed in the review.

“The issue with the center was that we had low enrollment in the program, no one knew about us although classes were full,” Vernon said, adding that students would only find the program when they took a class.

Since the creation of the department, Vernon said enrollment has increased overall. However, the undergraduate enrollment is low.

“I think it’s pretty visible if you take a class in the department,” said Connor Rock, a marketing major who took ETST 205, or ethnicity and the media.

Rock said he feels the department is doing a lot to recruit students.

“My professor definitely suggested I take on an ethnic studies major, ” Rock said.

Transfer student as well as freshman are a focal point of recruitment, Vernon said.

“What we do I think is so brilliant and important and of course I think we rock,” Vernon said.

She explained that there was high minority representation in ethnic studies classes.

Makeda Hope-Crichlow, sophomore liberal arts major with a minor in ethnic studies, said that while she enjoys her classes, she wants more diversity in professors.

“I just think that the classes would be better if the teachers that taught the different histories would match up,” Hope-Crichlow said. “Like if the Chicana history teacher was Chicana.”

Vernon believes the subject of the classes as well as the teaching strategies help achieve the student development goals in the report .

“In our courses, we are forced to talk about race and people really have to be respectful commenting on these issues that is respectful –– an engagement that is so dourly missing in our world,” Vernon said.

Diversity beat and entertainment reporter Bailey Constas can be reached at news@collegian.com.