College involvement in ASCSU goes up 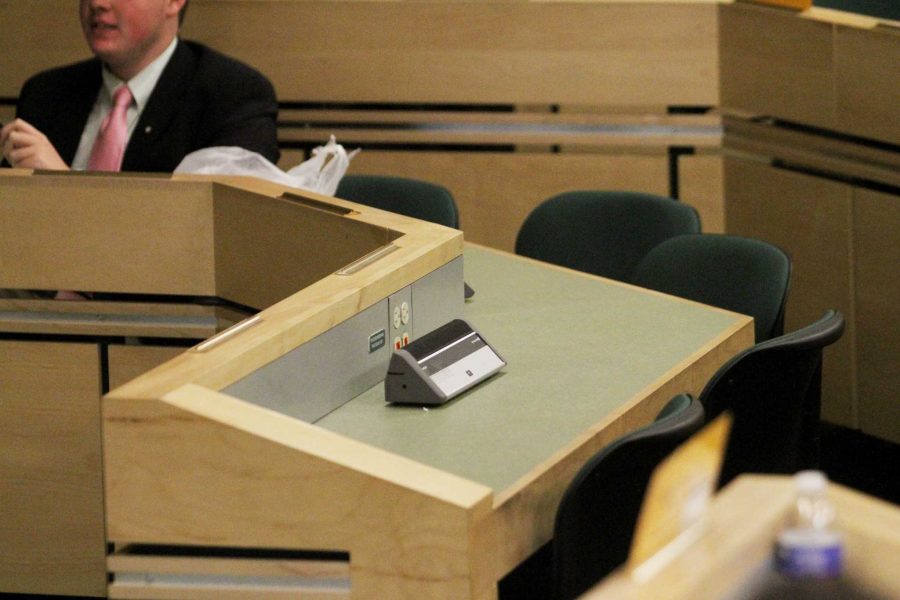 Roughly 30 percent of the available senate positions in the Associated Students of CSU are currently unfilled. Both the College of Applied Human Sciences and Intra-University have only filled one of their available seats.

About 30 percent of the seats in the Associated Students of CSU Senate remain unfilled after the student government made an effort to boost involvement this semester.

Currently, there are two colleges still struggling to fill seats. Applied Human Sciences has one seat out of five filled, and Intra-University has one out of four filled, according to ASCSU President Regina Martel.

Earlier in the year Billy Raddell, director of university affairs and academics at ASCSU, had reported that an entire college, Applied Human Sciences, had not filled any Senate seats, which reflected a need in a change of atmosphere in the student government.

Raddell said that after he pointed this out, student government made an effort to fill these seats.

“We made a conscious decision at our retreat that we needed to close the gap between Senate and the college councils,” he said. “We ultimately decided to do that by visiting each college council individually and speaking to them about it.”

The senate started off the year with 17 of the 39 seats filled, and since then has filled 10 open seats. At this time last year 16 of the seats were filled.

“We had Dr. Frank speak at our senate meeting last Wednesday, and I was worried that the senate room would look empty,” Martel said. “I think it was more full that night than I’ve ever seen it.”

Other ASCSU members have noticed the change as well.

“When I was in Senate two years ago it was much, much smaller,” said Taylor Jackson, director of student services. “I think that at this point we have much more diversified communication and more independent ideas, which lead to better outcomes for everyone.”

The number of seats available in Senate fluctuates each year, with the number of seats being allocated to a college changing depending on student enrollment. There is one Senate seat for every 750 students. If these seats are not filled, it means that students in that college are being underrepresented.

“We really want to continue to fill up those extra seats,” Martel said. “We want to do that by continuing to push the college councils to get their students involved, and we also want to make sure that Senate is accomplishing everything they need to in order to attract new people.”