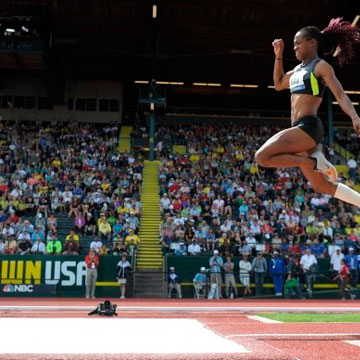 Janay DeLoach is now the first former CSU female athlete to win a medal in Olympic track and field, according to a press release.

Today, DeLoach posted a leap of 22-feet, 6-inches, which granted her the third spot in the final standings. It was her fifth attempt of six, and proved to be her best jump.

She beat her competition by .01 meter.

Only one other former CSU athlete has won an Olympic track and field medal before, making DeLoach one of two and the first female.

She will remain in Europe to continue competing.