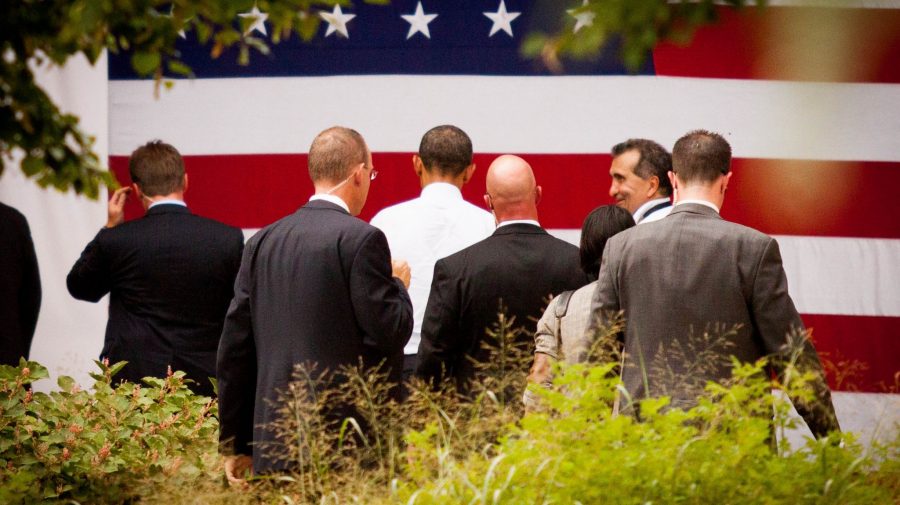 When the most heavily-guarded person on the planet touches down on your campus, you can bet nothing will be held back in providing security.

From bomb sniffing dogs to magnetometers to secret service personel, CSU students can expect to see a high level of security surrounding the president’s arrival that wouldn’t look out of place in a Hollywood movie.

“If you’ve ever seen what happens when a president arrives somewhere… the security is comprehensive and it’s everywhere,” said CSU spokesman Mike Hooker. “Planning for any large event is a big undertaking, but when it’s the president of the United States it’s magnified.”

Hooker said the main issues CSU had to address were parking, security and making sure the impact on campus was minimized. He added that this was done on short notice, as the university was notified less than a week ago that Obama would be on campus.

To ensure the president’s safety, buildings immediately surrounding the Monfort Quad—where Obama is slated to speak—will be closed or partly closed all day Tuesday and will remain closed throughout the event. Classes will be relocated and students are encouraged to check the CSU website to find out their new locations.

“We wanted to make sure everyone had alternate class space,” Hooker said.

Street and parking lot closures in the vicinity of Monfort Quad begin at 4 a.m. Tuesday and will remain closed through the end of the event. Vehicles not removed by then will be towed. Bike racks around the quad will be removed also.

Hooker asked that students “be patient” Tuesday and to “leave plenty of extra time to get to where you need to go,” when moving around campus.

Visits to CSU by secret service advance teams started last week, according to CSUPD Chief Wendy Rich-Goldshmidt. She estimated that 200 law enforcement officers from different jurisdictions will be on hand to assist with security.

Gates to Monfort quad open at 2 p.m Tuesday afternoon between Clark and Eddy buildings. Attendees will go through airport-style security with the line snaking south down Central avenue and then east on Lake.

And once Obama arrives, security will be tight inside the Monfort quad.

Umbrellas, liquids, signs, backpacks and sharp objects will not be permitted, though Cameras will be allowed.

Students at CU Boulder went through similar security measures when president Obama visited last April. Areas around the Coors event center were shut down, parking was limited and parts of campus were closed with some employees being sent home early.

Like CSU, CU was given short notice of the president’s arrival and had to work overtime to get everything organized.

“It’s a large operation with a lot of moving parts that has to come together in a short amount of time,” CU Boulder police spokesman Ryan Huff said of the experience.

Huff said the total cost for president Obama’s visit to CU was $109,000. That was considered a “White House visit” with CU as the host. Obama’s trip to CSU is considered an official campaign stop paid for by Obama for America.

Until this year, it had been more than 50 years for both CSU and CU since a sitting president visited campus. Both Hooker and Huff said having president Obama visit campus is an historical event.

“No matter what your political beliefs, this is a chance for members of the community to listen to the president of the United States,” Hooker said. “It’s a vital part of life on campus to have these events.”

Senior reporter Austin Briggs can be reached at news@collegian.com.