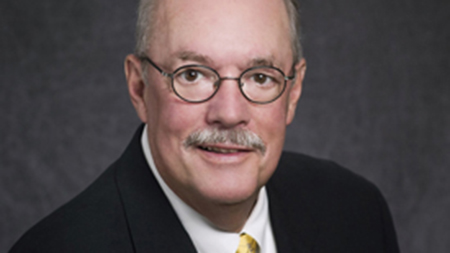 Instead of joining many of his high school classmates working in the mines, CSU System Chancellor Michael Martin went to college.

The newly-appointed face of the three-campus CSU system spent his young years in the small, rural town of Crosby, Minn. where many of his peers did not pursue higher education.

But Martin, with the support of his parents, decided to go to a four-year college, becoming the only one of his siblings to do so.

“My family was very encouraging, not because they knew about it personally, but they understood that I could stay back in Crosby, Minn. and probably join many of my peers in working in the mines, but that was not a future that my parents thought was in my best interest or theirs,” Martin said.

Martin, the former chancellor at Louisiana State University, took over as CSU’s chancellor over the summer. Martin has spent the last few months getting acquainted with Colorado and is excited about being a part of the university.

“Mike understands the big issues and he’s very ready to dig into those and get to work and get the job done,” said CSU President Tony Frank. “There is never any hesitancy on his part to role up his sleeves and get to work.”

According to Frank, Martin’s job is to handle interactions with the Board of Governors — the 15-member council that oversees the CSU System — the state legislature, the Colorado Commission on Higher Education and to represent CSU at a variety of events in Denver.

“Having someone focused on all of those areas is really important,” Frank said. “I think Mike will be a leading voice within Colorado about the importance of sustaining public higher education.”

Martin said he is aware of his responsibilities and goes to work every day ready to remind decision-makers to remember our student body when they are making decisions that will affect CSU students.

“I won’t be able to directly influence students anymore because I’m here in Denver … but I hope I can influence the people who do,” he said. “I hope in that process I can make them continually better servants of the notion that it’s always about the students.”

In his time as a university president or chancellor, Martin has developed two rules he takes with him to work every day.

“No. 1: it’s always about what’s best for the students. No. 2: everyone on campus is important. From professors to the people who mow the lawn, they all serve the students so they’re all important,” Martin said.

“It’s very easy in these jobs to get caught up too often in your own ego because people call you ‘chancellor’ and think that’s important,” Martin said. “That’s only important if you can use whatever that is to advance the best interest of the students. It’s never about me.”

Chancellor Martin said he hopes to make each of the CSU System’s three campuses — in Fort Collins, Pueblo and online — more successful by connecting them and utilizing their individual resources.

“One of the things I think a chancellor can do is be the person who helps think through those cross-campus relationships and remove the barriers that would prevent that from occurring,” he said. “Part of that, it seems to me, is to be the cheerleader and the innovator for relationships which cause the three campuses to be more mutually supportive of one another.”

But Martin isn’t a complete newcomer to CSU. A decade ago, he was considered for the vacant president position at the university. As one of two finalists, Martin chose not to continue on in the process.

“At that time, I still hadn’t concluded that I was ready to lead a major university,”
Martin said. “My ego wanted me to do it but my rational thought process said maybe a couple more years… I didn’t see myself ready to take it on. Ten years later and a couple jobs in between later, I think I am.”

Larry Penley, the other finalist, took the job instead and resigned years later amidst a chorus of critique over his job performance.

At his previous job as chancellor of Louisiana State University, Martin faced budget reductions and had to figure out how to keep a campus prosperous despite those reductions. CSU has experienced similar budget cuts and a tuition hike in response to Colorado’s state government budget cuts.

From what Martin has observed, lawmakers are supportive of higher education and his job is to work with them as the face of CSU.

“In general, the populace and the state leadership (in Colorado) deeply regret having to make those cuts and as a consequence there is a fundamental, intrinsic value they have placed for higher education and CSU in particular,” Martin said.

“I’m not sure if that was the case in Louisiana. Many people love LSU deeply but the broader population and the state leadership, I don’t believe had quite the same commitment to higher education as Colorado does.”

Martin explained that with Colorado being in the top five states whose population has bachelor’s degrees, most of the state’s citizens believe in and have witnessed the value of higher education.

“Even during budget cut times it’s nice to know that the citizenry and representatives and the leaders of the state still value what universities do and that gives you a chance to feel as though, when the economy turns, enthusiasm for investing in higher education will endure,” Martin said.

“I think as this economy turns around, even if we don’t see a huge uptake in funding, I don’t think you’ll see continued reductions,” he said. “My sense is that there’s a stronger conviction to fix it here than there is other places and I hope that that shows.”

His father graduated high school and worked as a diesel mechanic in mines. His mother didn’t graduate from high school but became the mayor of their small rural town.

“It was clear to them (his parents, that) education was the only way in which the next generation was going to advance over where they started,” Martin said.

Martin is the only one of his siblings who attended a four-year college. One of his brothers is a mailman in rural Minnesota and the other manages five little radio stations.

Both of Martin’s children have gone on to pursue higher education. His daughter, Amanda, attended the University of Wisconsin and his son, Sam, went to the University of Minnesota and went on to get a second degree at Sarah Lawrence College. Currently, Sam is completing his second Master’s degree.

“I don’t think you have to have been a parent to be a university leader or a great university citizen, but in my case it helped a great deal,” Martin said.

“I literally was the dad who moved my daughter into the residence hall and didn’t want to be seen crying in the hallway,” Martin said. “…. I had to disguise my angst of my daughter leaving home.”

Martin’s son attended the University of Minnesota while he was there as dean of the institution and, as Martin admits, might have used his father’s status to his advantage.

“He, on more than one occasion, I discovered, had taken my all-access parking pass out of my car and was using it himself, so I had to threaten to have university police arrest him despite the fact that he was my son,” Martin said.

Coming to Colorado to join the CSU team is a transition, but Martin said he is ready to do all he can to continue advancing CSU’s progress.

“I’ve always felt that Colorado State and the Colorado State system has been ahead of the national curve in several important areas and I think it can continue to do that,” Martin said.