A night with a CSUPD officer 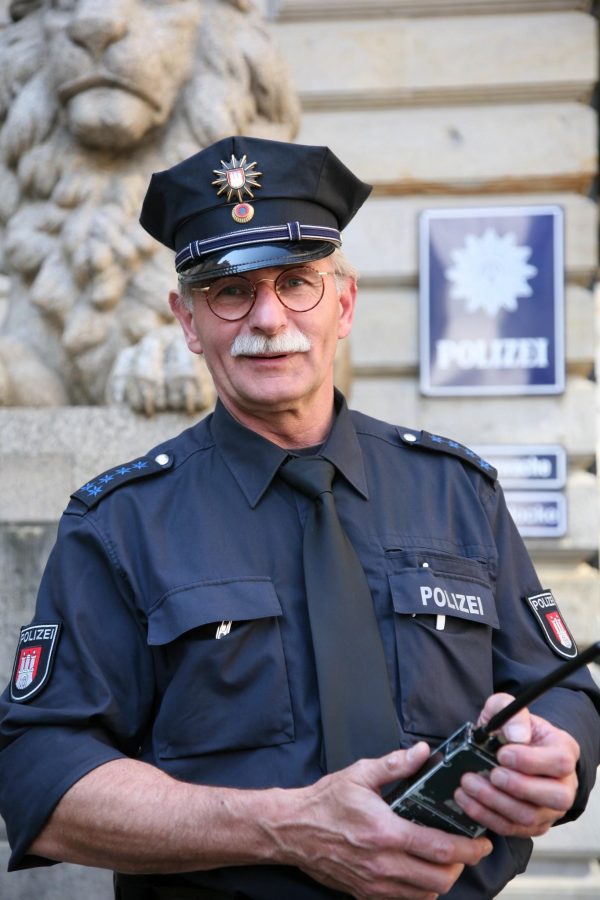 It’s a Thursday night and the last place that anyone would hope to be is in a cop car. And once there, the last thing a student would expect is for an officer to ask your musical preference for the night.

“I hope you don’t mind country music,” said CSUPD Officer Mitchell McGuinnis.CSUPD runs a program called Ride Along, which allows citizens –– including Collegian reporters –– who clear background checks to ride with a cop during their duties for a night.The ride along began with a tour of the dispatch center inside the on-campus police department.The dispatch center is integrated between Larimer County, Fort Collins, Estes Park and the CSU campus. It has computer monitors that keep track of the 1,000 to 2,000 security cameras and alarms on campus, as well as a record of locations for the various officers and team members and a 24-hour dispatch team.

McGuinnis is also CSUPD’s driving instructor and is working toward a degree in sociology.

“I always wanted to be a cop ever since I can remember,” McGuinnis said. “I didn’t want to to sit behind a desk and do the same thing everyday.”

An officer’s day is far from repetitive.

And as with any unpredictable situation, there comes fear.

“When I first started it was more predominant, but we go through a lot of training,” McGuiniss said.

McGuiniss’s shift Thursday night began with an elevator rescue in the towers.

Twelve students could be heard singing to pass the time before they could get out with assistance from the fire department.

McGuiniss went to the roof of the building to turn off the elevator, and took a moment mid-rescue to appreciate the rooftop-view of Fort Collins

“Not many people get to see this right here,” said sergeant Adam Smith, who accompanied the rescue.

The next order of business was to resolve a dispute between neighbors who were international students.

“A lot of people in the university are from different cultures, and they give us good tips. The more we interact the more comfortable we get,” McGuiniss said.

As the night continued on, McGuiniss would stop and chat with the safe walk volunteers, resident assistants, and even the workers at 7-11 where her often makes a stop for caffeine on late night shifts.

The reason for this unique way of connecting with the community is CSUPD’s theory on law enforcement, called “Community Oriented Policing.”

“On paper, I work for the state,” McGuiniss said. “The state is made of people of Colorado. If you build relationships in the community, then the community trusts the police more, and then we can work through problems together.”

“By getting input from the community we build relationships and trust so they don’t take matters into their own hands,” McGuiniss said.

A key part of this theory is to let the community know there’s a presence of police so people think twice about doing a crime.
Walking through the dorms, McGuiniss would ask students about the movie they’re watching or how their classes are going.

When a report of a student running away from another cop was reported, McGuiniss asked a group of girls if they had seen the male, but then continued to ask about classes and how their night was going.

“Everyone I see, 95 percent of them I know are more than willing to help,” McGuiniss said.

The night concluded with a party stop where a young woman was vomiting outside of a house and taken to the hospital.

In the end, the tenants of the house could receive a neighborhood nuisance ticket and possibly a felony charge for throwing the party with underaged participants.

But McGuiniss made sure to stress that parties are dealt with only on a call basis.

“We could make an entire career out of busting parties,” McGuiniss said. “And I don’t run traffic unless I’m bored.”

Officer McGuiniss said that the call volume between Fort Collins and the CSU campus, even though there is a fair share of crime, allows the CSUPD to forge relationships with the community.

“Don’t be afraid to talk to us. We aren’t trying to give tickets,” McGuiniss said . “Not all contacts turn into a MIP or a possession ticket of marijuana.

“Our main concern is the safety of everybody.”