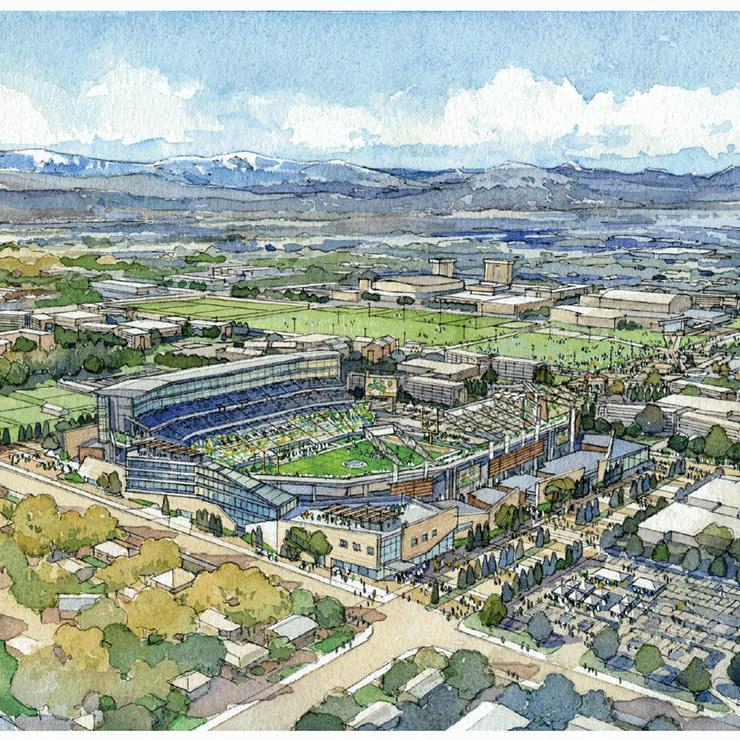 Knowing that no public funds will be used in its construction, 67 percent of CSU students are still opposed to the on-campus stadium, according to an ASCSU survey.

But as the July 31 public forum, to take place at 5 p.m. in the Lory Student Center East Ballroom, draws near, CSU President Tony Frank notes that students are not the only voice he must take into consideration.

“I think we’ve got a pretty good track record of valuing the student voice in decisions that we make, but listening to that and factoring it into a decision isn’t the same as saying it’s up for a vote,” said Tony Frank, CSU President. “I’ve got, at the end of the day, a responsibility to my board, the university, and not just to the people who have been here in the past and the people who are here now, but the people who will be here in the future.”

Also according to the survey, 70 percent of the student body disagrees with proposed locations for the stadium, and 73 percent of current students answered that an on-campus stadium would either not impact or would decrease the number of visits to campus they make as alumni. The survey of 3,553 students was conducted in April, with results released May 31.

The debate, which began shortly after the hiring of CSU Athletic Director Jack Graham in December of last year, will be decided by Frank after the Stadium Advisory Committee delivers its proposal on Aug. 9.

But it’s a decision, says Bob Vangermeersch, a member of Save Our Stadium, Hughes, based on communication that has been too narrow in scope.

“It appears to be a lot of one way conversation. If you’re going to solve this problem you need dialogue. Just listening leaves the public out in the cold.”

Frank, who will be present to handle questions at the July 31 forum, expects a mixture of Q & A style and statement making.

“There have been some people who have said ‘we’re gonna find out what Dr. Frank is thinking about this,’ or ‘you’re going to have to answer some questions about this.’ I guess I don’t view it that way,” Frank said. “I’m still formulating my opinion and I think I’ll be listening and gathering input a lot more than I’ll be providing answers. But if people have questions to clarify what my thought process has been as we’ve gone through this, then I’m obviously happy to do things like that.”

Additional off-campus forums will be held Thursday, July 26 and Monday, July 30 from 5 to 7 p.m. at Plymouth Congregational, located at 916 West Prospect.
The reason for the Plymouth forums will be to present information on traffic impacts to residents in neighborhoods near campus, said Kyle Henley, CSU Spokesman.

update: Click here to view the survey in its entirety.