CSU students learn how to fail on stage with Rams Improv 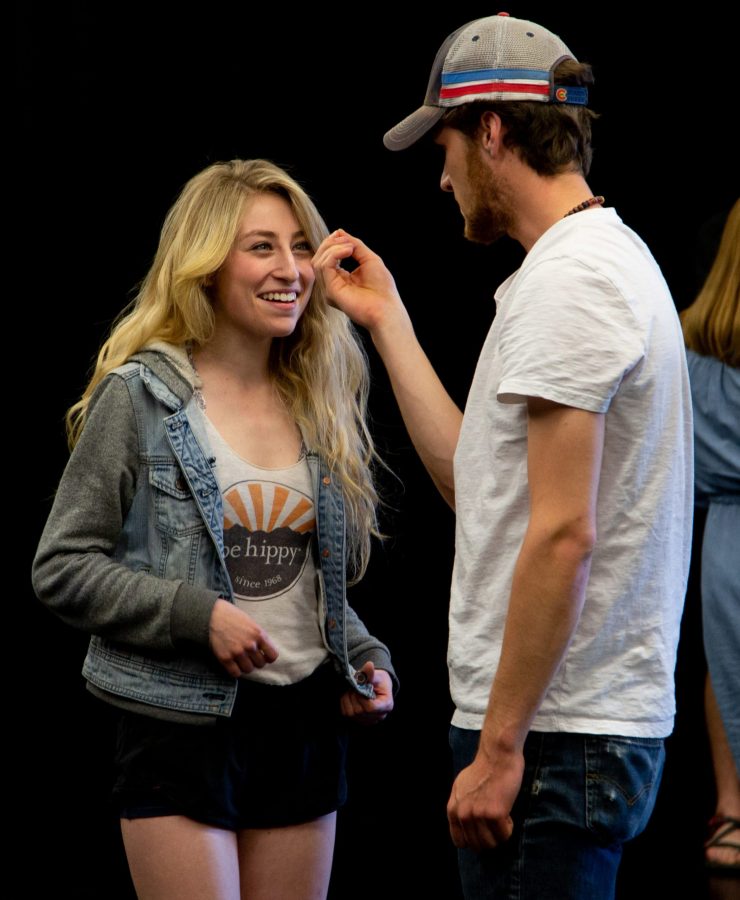 Members of the Rams Improv Comedy team rehearse in the University Center of the Arts. They perform their show on April 30th. (Brooke Buchan | Collegian)

Improv is an outlet for performers which either has them making their friends laugh, improving on their acting skills or publicly failing.

The Colorado State University Ram’s Improv members cast for, act and direct improvisational comedy. They even teach students how to fail on stage.

Sonny Wells, a senior theater major at CSU and a co-creator of Ram’s Improv, started the group with Ryan Montagne, a junior studying chemical engineering.

Although they had a passion for improv at the time of starting the student organization, the creators didn’t know exactly where to start to get the group registered. Ultimately, it was easier than they thought but the process was longer than expected, Walls said.

Even with the long process of creating the team, Walls thinks that improv adds great value to her student life.

“Literally, the reason I do improv is to make my friends laugh,” Walls said. “I’m always trying to fuck with them, get a rise and make the scene funny.”

Although the group is small, interested parties are still encouraged to audition.

Auditions will be in late September, but before that we usually run 2-3 weeks of workshops to introduce people to improv before auditions.” -Ryan Montagne, junior, chemical engineering

The creators have had plenty of experience with students who have little background in improv since the group’s inception in 2016.

“There wasn’t any sort of improv training, so we were bringing people in who had never done improv before,” Walls said. “Some people didn’t know what they were doing, but they had the right mentality.”

Some had little prior improv experience, but were selected for the group because “they had the right mindset to become a dynamic component of the team,” Montagne said.

Even for experienced improv performers, the thought of failing on stage can be intimidating, but the creators don’t see it as much of an issue.

“We try to teach people that if they’re failing and they feel like they’re messing up they’re going to fail in a big fiery ball of shit,” Walls said. “Instead of trying to cover it up, just fail.”

Montagne tells people to “just own” their failure, something that Walls thought was “pretty relaxing and freeing” when she has been in the face of failure.

Working improv into school life can be challenging, but Walls thinks that it is certainly worth the effort.

“To come to improv after a long day of classes or work, it’s sometimes exhausting and you’re like ‘I don’t know if I can do this, I don’t have any juice left,’” Walls said. “But you get there and everyone has a little bit left for improv and it’s freeing.”

Montagne offered a different reason for why he values improv.

“For me, it’s the free expression component,” Montagne said. “So often in our society we are taught to see failure as a bad thing but in improv, nothing is wrong.”

To Montagne, improv is a form of cathartic release and as he puts it, “I feel better after every rehearsal.”

Rams improv will have their next performance at the Bas Bleu Theatre Company on April 30 at 7:30 p.m.

Collegian reporter Carson Lipe can be reached at news@collegian.com or on Twitter @carsonlipe