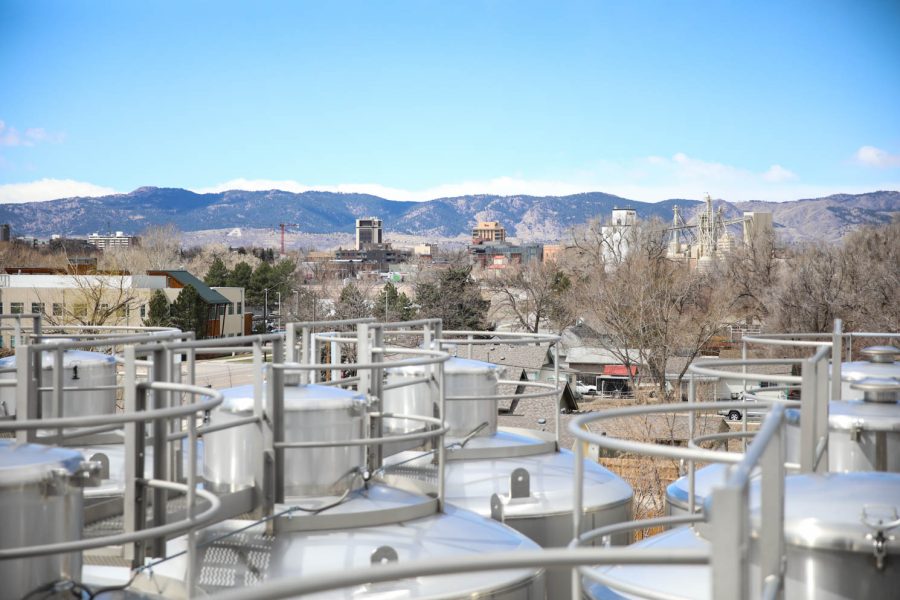 Fort Collins, the "A" and the Front Range can be seen from the top of Odell Brewing Company's grain silos located at 800 E. Lincoln Ave. in Fort Collins April 6.

When living in a corporate-dominated world, it is easy to forget not all corporations exist in their own little universe. Odell Brewing Company is a clear example of a business that not only looks after the community but also strives to better the future of the community in which it operates. Luckily for Colorado State University students and Fort Collins as a whole, Odell was founded and resides in Fort Collins.

On a technical level, Odell Brewing Company is an impressive operation that was just voted the 20th-largest craft brewery in the United States and the 29th-largest overall brewing company in the United States. In addition to this, Odell is independently owned, which is becoming more rare in the field of brewing. In fact, Odell’s brewing operation is so large that their brewhouse can make 300 kegs of beer every four hours when operating at full capacity. Odell’s brewhouse, housed with fermenters and other pieces of equipment, is defined as a legacy system.

“I don’t think that I will ever see another brewhouse,” Odell Technical Director Eli Kolodny said regarding their operation. “When we make new equipment purchases and hire new folks or whatever, we aren’t necessarily trying to think of what’s best at the moment but what’s best down the road.”

Not only is Odell’s brewing capacity impressive, so is their foresight and care into the future of Odell and the community in which it resides. For example, heat is a crucial aspect of brewing beer, and Odell Brewing reclaims the heat used and diverts it to be used in other processes when possible. This process, along with many others, is defined on Odell’s website under their sustainability section, where they break down all the ways they are sustainable at the moment and where they hope to be in the future.

Take for example the aforementioned heat reclamation: Odell’s website states, “Our brew kettle uses a steam recapture system during every boil to reuse expended steam to heat the water for the next brew.” In addition to this and being water conscious, their website states they were able to reduce the amount of water needed to brew a gallon of beer from 7 gallons down to 3.4 gallons of water. In addition to what is being done now, Odell is a forward-thinking company hoping by 2025 to produce no landfill waste. As of 2020, they were 80% toward that goal.

The passion for not only beer but the community is apparent when looking into Odell. Odell holds philanthropy in high regard, partnering with charities such as Denver Children’s Advocacy Center, the Coalition for the Poudre River Watershed, Sproutin’ Up (a children’s charity) and SafeHouse Denver. Being an independently owned brewery gives Odell a lot of free rein into what they want to do.

“We’re not trying to ram the price up for selling because we already sold to ourselves,” Kolodny said.

Kolodny said Odell is a place that “attracts driven people that want to be successful and care about what they’re doing.”