An alumnus’ path from CSU to CEO is paved with cannabis 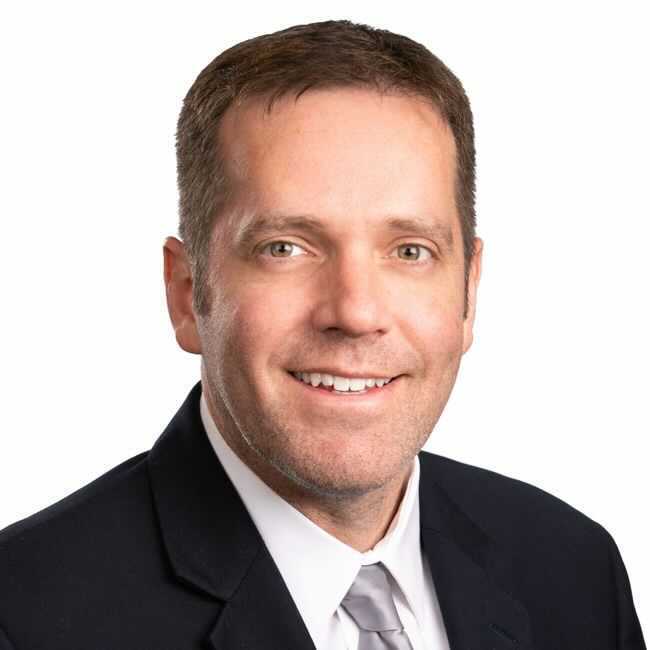 In 1995, a prominent cannabis media figure found his roots in a Colorado State University dorm room.

Chris Walsh was in his room in Ingersoll Hall with a few friends.

“Ingersoll was for all the kind of slackers who didn’t register for housing until way late,” Walsh said. “Now it’s in a great location, but back then there was nothing out there.”

His phone rang. It was his dad, Kenneth Walsh, who was president of the White House Correspondents’ Association at the time, asking him what up-and-coming comedians he should book for the WHCA’s annual dinner. Walsh said Conan O’Brien, and his dad listened.

“I had thought I was going to get into journalism, and then I saw my father up there and just kind of had an epiphany that that’s what I definitely wanted to do,” Walsh said.

Thus, Walsh began his journey reporting for The Rocky Mountain Collegian. He’s now the CEO of Marijuana Business Daily, or MJBiz, which claims to be one of the most trusted cannabis media brands in the United States. They publish MJBizDaily and MJBiz Magazine, and they host the annual MJBizCon, among other things. The company was purchased by trade show operations company Emerald Holding Inc. for $120 million last month.

“We have long admired MJBiz’s sterling reputation for being the most trusted event and content producer serving the business side of the cannabis and hemp industries and their respective participants,” Emerald CEO and President Hervé Sedky said in a press release.

Walsh’s path in journalism began a quarter century earlier, writing articles for The Rocky Mountain Collegian. The spring semester of 1997 proved to be one of the more difficult times in his career, as he faced campus backlash for his reporting on a fatal Interstate 70 crash that left two students dead.

Backlash from the story gave Walsh reservations about continuing his career, he said, but the support he received from his editorial staff — not to mention some other readers who agreed with his choice — kept him going through the tough times.

Walsh’s envisioned career path always ended with him at The New York Times, and after a stint as The Collegian’s editor in chief, he was able to get a taste of that life through a 1999 internship at The Times’ Denver office.

“The New York Times was always kind of my dream job in the future,” Walsh said. “If I could get to that, that’d be the pinnacle of my career. … So being able to be immersed in that in some way, even if I was, like, sorting receipts, was a cool experience.”

The origin story of MJBiz is a remarkable example of right place, right time — and right people. In 2011, Cassandra Farrington and Anne Holland, both experienced executives in marketing and business-to-business communication, decided they wanted to start a Denver-based “niche trade publication” for an industry that was growing at least 7% every year.

They kicked around a few ideas before finally landing on the one they found the most interesting: the infant cannabis industry, which moves at a far faster rate than their target 7%.

“This was back in the very early 2010s, and the cannabis industry was really starting to take hold here,” said Farrington, who serves on the board of MJBiz, on Walsh’s “Seed to CEO” podcast. “Dispensaries were popping up everywhere at that point. A major news story was the growth of these dispensaries and how that whole medical program in Colorado was rolling out.”

With the company conceived, they hired Walsh as their founding editor after he applied through JournalismJobs.com. He was still in the process of receiving an MBA from Regis University.

“I didn’t set out for trade publication at all,” Walsh said. “I did it because I saw the business opportunity and it fit with my skill sets, and I did feel that I could provide value and a way to help people because it was an industry that was not taken seriously that everyone thought was a joke.”

Walsh’s career as a business reporter first took shape in 2000 with The Colorado Springs Gazette, which hired him to its business desk after he wrote some impressive articles there as an intern. This gave him a front-row seat to watch and report on the tech industry collapse of the early 2000s, which saw thousands of jobs disappear from the Denver area.

“But that was a nice experience to have,” Walsh said, “because we shed light on the human toll that this was taking — of bad company decisions, of an over-inflated economy and of an economic collapse and what that does to people and how it affects their lives.”

After nearly four years, he moved on to the now-defunct Rocky Mountain News, which took his business reporting to the next level. As Walsh covered United Airlines’ three-year period of bankruptcy in the 2000s, he looked around and saw another industry collapsing: his own.

“I realized the dream and the goal of working for The New York Times crumbled because I saw where the media was going,” Walsh said. “Basically since I had entered in 2000, it was a story of layoffs and cutbacks and newspapers closing and not being able to adapt to the internet.”

Seeking new opportunities, Walsh enrolled in Regis University in 2009 to receive an MBA as a “backup plan.”

In 2012, MJBiz was positioning itself to become the go-to business source for weed, and Walsh said all that stood in their way was the social stigma around cannabis. When they set out to host their first MJBizCon, a massive trade event that has since grown to nearly 1,300 exhibitors in 2021, they were barely able to find a willing venue “later in the process.”

“I wore a suit and tie,” Walsh said, implying that some attendees might have assumed him to be a deep-cover FBI agent. “The industry was not used to that. … But what we were trying to do is say, ‘Hey, this is a real business, and if you’re going to survive and compete in the long term, you have to treat it like a real business.’”

Though the first event had only 30 exhibitors, it was deemed a massive success. After Colorado and Washington legalized recreational cannabis, their next event had to scale up, but the only Seattle venue that would take them was a racetrack, Walsh said. As the years went on, the convention found its new permanent home in the Las Vegas Convention Center.

“Those first ones were fun,” Walsh said. “If you think back to the genesis of any industry and the stories you hear or the movies you watch about some of these other industries that go through this, it was like that, you know. They were fun times. They were crazy times.”

Walsh took over as CEO of MJBiz in January 2020. Because so much of their revenue comes from in-person events, 2020 was a “trial by fire” for the new chief executive, Walsh said.

“I was downsizing and furloughing people,” Walsh said. “We’d never had to do that; we were always hiring, and here I was having to let people go. It was a very brutal year.”

As the world started to open back up, co-founders Farrington and Holland increasingly fielded offers to purchase the business and realized the time had come.

“Previously, there was a lot of private equity and a lot of venture capital … but not somebody who really understood the model and understood the market,” Farrington said on “Seed to CEO.” “While the check ended up being phenomenal, and we’re thrilled with that for everybody’s sake, we also truly feel that Emerald is a great home for MJBiz.”

Emerald, formerly Emerald Expositions or Emerald X, is essentially a convention of conventions: They acquire and run trade shows and publications from disparate sectors of the economy, and they facilitate networking and commingling among their brands. If you’ve been to the National Pavement Expo, the Campus Safety Conference or the International Pizza Expo, you’ve been to an Emerald X event.

Though they are primarily a live events company, they now own all of MJBiz’s publications, including MJBizDaily and MJBiz Magazine.

“Tying in that content and insight to the event furthers the must-attend nature of the annual trade show,” Emerald CFO David Doft said in an interview with Bloomberg.

Walsh said he also thought the credibility MJBiz had built up with readers and industry stakeholders was a large part of what interested Emerald.

Walsh will remain on as CEO for the foreseeable future. As someone who started as a reporter and ended as the CEO of a major subsidiary of a major company, he carries a unique perspective on individual career paths.

“This is what I think is interesting for anyone in college in any degree or program: You never know where your life’s gonna take you,” Walsh said. “And so you always have to be open to new opportunities and not just set that path … because life will throw you in different directions, and if you’re open to it and you explore opportunities, you could end up in a way better place than you’d ever dreamed of. And I think that happened to me along the way.”