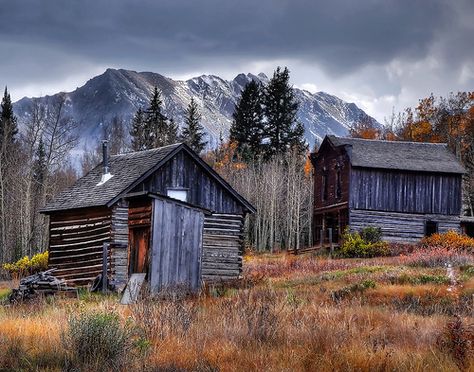 Walrus Ice Cream boasts “exceptional homemade ice cream” and a great small-town atmosphere, but they are also known for something besides their delicious, ice cold treats–they have a resident ghost.

When John and Lisa Paugh moved to Fort Collins from Kansas City, Missouri, and purchased the store in 1999, they realized they weren’t alone in the shop. The Paughs, as well as employees and guests, have experienced unexplained sounds, items disappearing, doors closing on their own, and the feeling of being watched. After some historical research and a psychic investigation, they discovered their ghost was Charlie Dinnebeck, the owner of the business that was in that location prior, Dinnebeck’s Cafe.

The hauntings typically happen in the basement of Walrus and many employees have said that they don’t like to go into the basement for fear of something happening to them.

The Armadillo Restaurant and its Barn

The location of the permanently closed Armadillo Restaurant and its barn is the site of one of Fort Collins’ most haunted places. In the late 1800s, the property was home to James and Eva Howe. As history tells, James drunkenly slit Eva’s throat in their front yard in broad daylight on April 4, 1888. Afterward, James was hanged by an angry mob of Fort Collins residents, making it the first and only lynching in Fort Collins. In addition to the history of the Howes, there are between three and four suicides associated with the property. The barn was also the storage site for the wreckage of a 1951 United Airlines crash that killed all 50 people on board.

Ever since Fort Collins Tours took over the barn in 2011, there have been reports of strange occurrences in the barn, multiple appearances of body apparitions, fuzzy images of body parts or full silhouettes in pictures, feelings of something grabbing people, and sounds of things moving when there was no one there.

In 1889, one of Fort Collins’ founding fathers, Franklin Avery, built the Avery Building as a bank where Avery, his brother William, and his business partner Frank Millington all worked. Over the years, there were rumors that Millington was getting really close with William’s wife, Mary. Shortly after, William became very sick and died suddenly. Officials discovered that William had 50 times the amount of arsenic in his body needed to kill a single person. They later found out that Mary had purchased a large amount of arsenic before her husband’s sudden death. Mary and Millington were put on trial but were acquitted because officials couldn’t prove that William hadn’t given himself the arsenic.

Today, William’s spirit is rumored to haunt the building. When it was a Beau Jo’s Pizza, employees said they witnessed doors opening and closing by themselves and silverware moving across tables. More recently, no one has reported strange occurrences at the location…yet.

If you want more information on these sites or if you want to take a tour of them, you can go to fortcollinstours.com. The Ghost Tours will take you on an up-close journey of some of Fort Collins’ most notorious ghost stories. Tickets are $17 each, there is a minimum age of 12, and anyone under 18 must be accompanied by an adult.