Danish: Virginity is a social construct 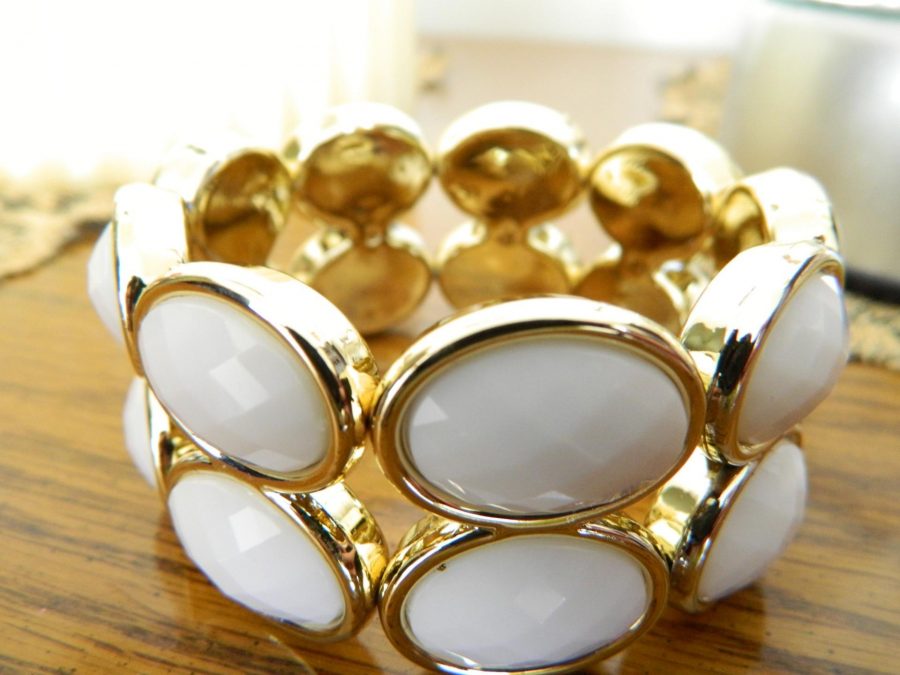 There is usually a lot of jewelry at thrift stores, and is one of the best places to find different styles | Photo courtesy of Public domain pictures

These symbols of virginity and sexual purity are pervasive in the United States and continue to be perpetuated and protected across generations.

But what is virginity anyway? And why do we care so much?

As a disclaimer, I don’t believe that waiting to have sex for personal or religious reasons is “wrong.” I believe that virginity needs to be scrutinized rather than blindly accepted as truth.

Virginity is typically seen as a finite resource that each person is born with and can only spend on one person. It’s like if each newborn baby is given a lucky dollar with the words “My Virginity” written on it in permanent marker. That lucky dollar can only be given to one other person, and then it’s taken out of circulation and incinerated. No refunds, no returns, no take-backsies. And this lucky dollar seems to be more important for baby girls to hold onto than baby boys. For some reason, her dollar is worth more.

Virginity is a powerful, often uncriticized concept that shames women and applauds men for having sex. This can be seen when describing so-called promiscuity in the English language. Women are called sluts and whores for having “more sex than she should” and men are called studs and lady-killers. mMan-whores at the very most. However, the words we use for sexually active men just don’t pack the same punch. Oftentimes, they celebrate male sexual prowess rather than demonize it. Women, on the other hand, are only given negative sexual descriptors; no one calls women lady-studs or man-killers. She’s a bitch, she’s a man-eater, she’s a temptress.

If virginity is so inherently significant to humans, then why are men and women’s virginities given differential values?

So, without further ado, here’s how I know (for myself) that virginity is the Heffalump of human sexuality: it’s straight-up fiction.

Virginity is sexist: As described above, virginity is a concept that impacts women more heavily than it does men. This has historical roots in virginity testing in Europe. Female royalty had to submit to virginity tests in order to assure paternity to their male counterparts. Men, however, had to undergo no such tests because his virginity was inconsequential.

Virginity is trenched in the heterosexist, patriarchal European practice of lineage. Because, as mothers, women have “ownership” of children, men needed to secure children as men’s property. So, women were mandated to take the man’s name and, second, were submitted to virginity tests to ensure that any and all offspring were of the husband’s.

In this way virginity was less about maintaining purity because purity is “good,” but was about placing women and their offspring under the control of men. This still remains today in more covert and socially acceptable ways. Rather than requiring unethical (and often unreliable) virginity testing, virginity is enforced through shaming women for having sex and coercing them to wait until marriage. It is from there still common practice to take the man’s name upon marriage, ensuring all offspring are literally labeled as the man’s.

Virginity is a heteronormative concept: Virginity operates under the notion that a penis has the power to fundamentally change a woman when it enters her vagina. Objectively, this is a very strange statement. Does a piece of gum have the power to utterly change me when it enters my mouth? No, not unless it’s really good gum. And why are genitals so important anyway? Sure, they can make babies, but using your mouth and gut to digest food and create energy is also important in carrying on the human race. Virginity is arbitrary and relies on people to continue to believe that a penis plus a vagina equals a loss of innocence, sin, the promise of children or the consummation of marriage.

Virginity is a matter of the meanings we ascribe to the act, not the act itself.

This idea also erases minority sexual and gender identities. If a penis is necessary for the loss of virginity, then are lesbians virgins forever? Are they Godlier because they don’t have a penis up in their business?

Virginity is solely centered around straight men and women, and in this way it is utterly transparent; sexual purity operates solely as a means to control sexuality, particularly women’s sexuality, and therefore her freedom.

Is “sexual purity” or waiting for marriage even a good thing? Nuns have been shown to have higher rates of breast cancer because they never have sex, and thusly never have children or breastfed.

Waiting until marriage to have sex can also be detrimental for women’s attitudes towards marital sex. Once sex has been seen as shameful and sinful for so long, sex, even within marriage, it is still a source of immense shame for a lot of women.

If maintaining sexual purity can have adverse effects on both physical and psychological health, then virginity is not actually empirically valuable.

I argue that sex is about gaining numerous health and interpersonal benefits, or a couple of cool kiddos if you’re into that sort of thing. I think that there is a lot to be had from sexual activity, much more than shame.

People have ascribed significance to sex for ages. It’s human nature to create meaning from the seemingly meaningless; we search for purpose. There is nothing wrong with having many partners, waiting for just one or having none at all. However, I propose we cut out this virginity bullshit. Virginity is coded in certain ways that perpetuate heterosexism and make sex shameful. I believe that “the first time” is special and important, but it doesn’t signify a reduction in human value or a loss of innocence. I propose that we move away from purity language and towards a new word/phrase and a new consciousness. Perhaps sexual debut is a more appropriate term.

However long you wait and with however many people you do it with, all that matters is that sex is had safely, comfortably and consensually.

Allison Danish can be reached at opinion@collegian.com or on Twitter at @allison_danish