Womeldorph: A Message to Generation Snowflake 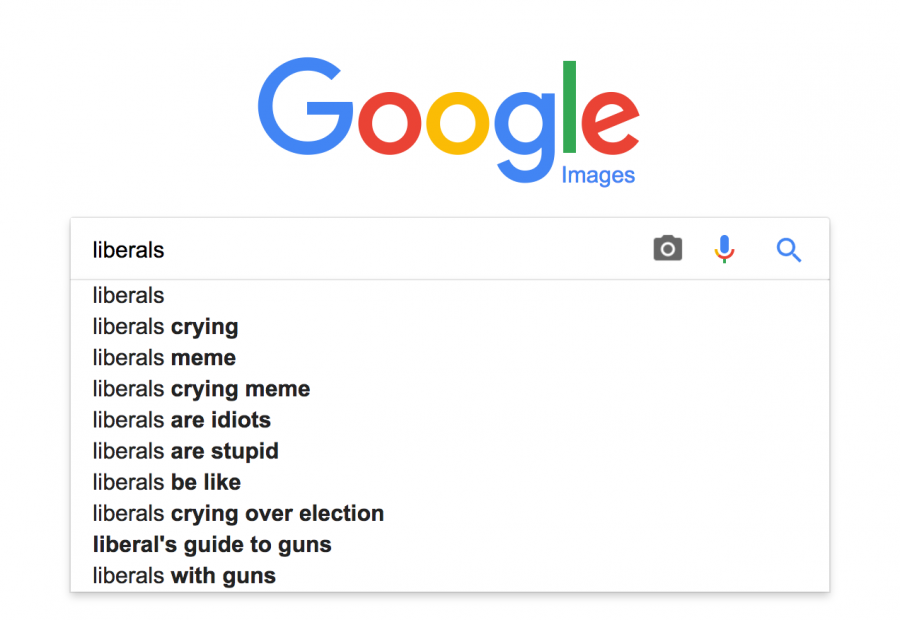 In the alt-universe of the alt-right, where caps-lock reigns supreme and half-literate neanderthals in red MAGA hats trade memes because sentences are too hard, there exists a term that is guaranteed to elicit guffaws all around. Snowflake is the current insult-du-jour, surpassing lib-tard as the new catch-all for anyone who has yet to swallow Trumpism hook, line and sinker.

Certain people, including exemplary human beings like blonde rage-dragon Tomi Lahren of the Blaze, psychotic conspiracy peddler Alex Jones of InfoWars and the incomprehensible clash of characteristics that is Milo Yiannopoulos of Breitbart, seem to be especially enamored with this term. Anytime there is a protest or someone publicly takes exception to the new administration’s newest travesty, right-wing meta-outrage erupts and anyone who disagrees is a flaccid weakling.

While the absurdity of using such a term when our president espouses all the qualities that these people love to malign is clear, there is one thing they have got right, although certainly not for the reasons they espouse. Thus far, the reaction to the Trump presidency has been misguided. The Women’s March was an impressive out pour of dissatisfaction, that, as my colleague recently pointed out, was more an act of diffuse catharsis than a step towards actual resistance. Snarky signs and a giant gathering does little in the way of long-term resistance to the Trump agenda.

The backlash against Trump, while extensive, lacks both a unified purpose and a clear direction. A social movement without a disciplined message, realistic goals and a well-defined strategy is destined to fail. Liberal protests tend to encompass an insane variety of causes and often fail because they cannot clearly elucidate a viable outcome.

Occupy Wall Street is a prime example. What began as a movement with a message that could have appealed to a wide swath of Americans from both sides of the political divide offered little in the way of tangible, realistic change, was pilloried by right-leaning media and eventually petered out with little lasting success beyond a long Wikipedia page and perhaps a slight emphasis on economic equality in the Democratic party platform.

The left must instead look towards the Tea Party for an example of success. As much as I hate to admit it, the Tea Party was extremely successful in reaching their endgame goals. They focused on electing members of the House bent on obstructionism and the defeat of Obamacare at all costs. Their goals were concrete and consistent, and their messaging was continually on-point.

Liberals must engage in similar tactics if we are to succeed. The first step should be refining the message and distancing themselves from those who deviate from the proper strategy. The Trump Administration wants to discard American traditions and principles under the guise of “national security.” They want to make America great again, and we must exemplify why America is already great.

Above all else, this requires discipline. Don’t burn the flag. Instead, co-opt it as a symbol of the movement. Liberals do not tend to display overt patriotism, but there can be nothing more patriotic than standing up for the ideas that this country was founded on against a president who wishes to destroy them.

Resist the urge to meet hate with hate. While the students at Berkeley who recently prevented Yiannopoulos from speaking at the university by essentially rioting may have thought they achieved a victory, in reality they played right into the hand of how Trump and his supporters want things to play out. They did nothing but reinforced the image of liberal protestors as spoiled, overly-sensitive snowflakes, as enemies of free speech and hypocrites. The damage Yiannopoulos could have potentially done by speaking to a room of people who already think like him is dwarfed by the damage done by these protestors to the image of liberal resistance.

And finally, do not stop paying attention. It is exhausting keeping up on a constant stream of scandals, and it is not necessary – not to mention healthy – to continually stoke a sense of outrage. But is it of importance that we as citizens do not become apathetic. Silence is akin to acquiescence, and while there is only so much we can do to stop with Trump agenda with a Republican controlled Congress, a large enough swing in public opinion can influence policy, as seen already in growing Republican hesitance to gut Obamacare without a viable replacement. Every single member of the House is up for reelection in 2018, and those who choose to go against the will of their constituents can be shown the door in the most American way possible.

In the end, the snowflake moniker may actually be an apt description. An individual snowflake is weak. It can be destroyed easily in many ways. A small flurry of snowflakes can be easily weathered. But a mass of snowflakes, all concentrated and blowing in the same direction, is known as a blizzard. And that is something that cannot be ignored.