The first cannabis convictions in Colorado, 84 years ago 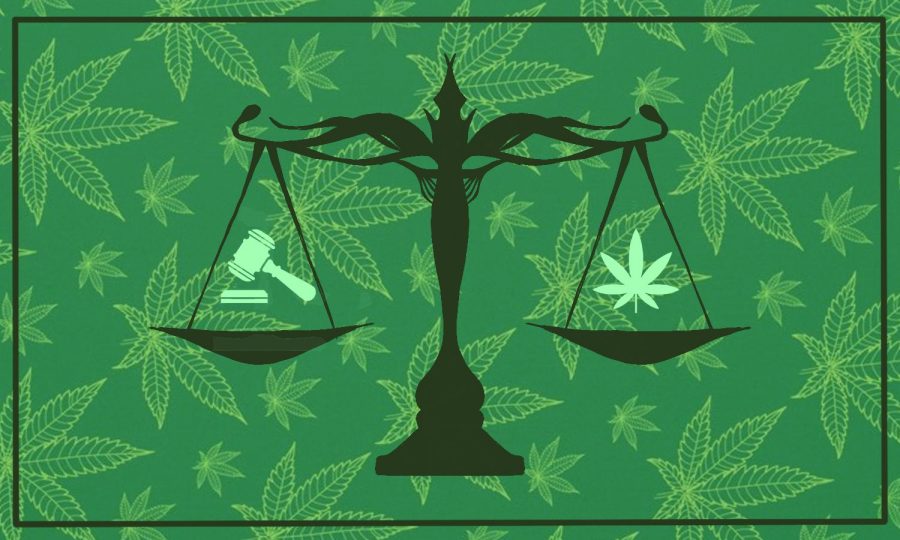 Cannabis was not always illegal in the United States. Throughout most of America’s history, cannabis was just something you could buy over the counter at pharmacies or grow yourself.

Nowhere was it more common than here in Colorado. It grew in ditches and front yards. One man claimed that Colorado weed from the mid-1930s was the best he ever smoked in his life, referring to the cannabis of the 1960s as “throw-away garbage,” according to a 1996 interview in print with Pikes Peak Hemp Coalition.

Cannabis prohibition has only been the law of the land for under 100 years, and its beginnings have a strange Colorado connection: The first-ever federal convictions for sale and possession took place in Denver. Here’s what happened.

While pre-war Colorado smokers enjoyed their reefer, a widespread propaganda machine was hard at work associating cannabis with ruthless violence.

“Is the Mexican nation ‘loco’ed by a peculiar weed?” asked one 1915 Ogden Standard headline. The article went on to argue that cannabis inspired undue bravery in Mexican revolutionary soldiers.

“Crazed youth kills five of family with ax in Tampa,” read a 1933 Tampa Times headline. The article went on: “The slayer had been addicted to smoking marihuana cigarettes for more than six months.”

These sensational, racist and sensationally racist stories sold newspapers like nobody’s business, and one man was clipping and saving every single one. His name was Harry J. Anslinger.

In 1930, Anslinger was appointed to head up the brand-new Federal Bureau of Narcotics. When the Great Depression buckled funding for his organization, he knew he had a secret weapon to get it back.

A Colorado researcher known only by Uncle Mike made it his life’s work to tell the story of these two men. Daniel Glick scored a rare interview with him a few years ago.

“Those who are habitually accustomed to use of the drug are said to develop a delirious rage after its administration, during which they are temporarily, at least, irresponsible and liable to commit violent crimes,” Anslinger testified before Congress in 1937. “Despite the fact that medical men and scientists have disagreed upon the properties of marihuana, and some are inclined to minimize the harmfulness of this drug, the records offer ample evidence that it has a disastrous effect upon many of its users.”

Did you catch that line about doctors disagreeing? The American Medical Association’s lawyer testified as well, arguing there was simply no evidence that use of cannabis was increasing among America’s youth. It was no use.

The Marihuana Tax Act of 1937, drafted by Anslinger himself, was signed into law by Franklin D. Roosevelt on Aug. 2, 1937, and went into effect the next month.

This act imposed a tax of $100 per ounce on any unlicensed cannabis vendor, and up to five years’ prison time on anyone in violation.

The first men ever convicted under this act lived in Denver. Their names were Moses Baca and Samuel Caldwell.

A Colorado researcher known only by Uncle Mike made it his life’s work to tell the story of these two men. Daniel Glick scored a rare interview with him a few years ago.

“He is a guy who does not participate in the mainstream world very much,” Glick said. “He was really wary. It was almost like I had to invoke a sacred journey.”

Uncle Mike’s documents reveal the rapid speed at which Baca and Caldwell were rung up on federal charges. Just days after the act went into effect, Baca was charged for drunkenness, his house was raided and one-quarter ounce of cannabis was found in his bureau drawer.

It’s fitting that Baca would be the first cannabis arrest turned over to federal agents. Not only was he a Mexican-American man whose home was raided for unclear reasons, but The Denver Post said that weed caused him to attempt murder on his wife.

“We know that police reports aren’t exactly tablets written on by Moses,” Glick said, betraying a bit of sympathy for Baca, whose old digs he actually got to explore with Uncle Mike. “When I climbed up to his third-story apartment, I thought, ‘How the hell did the cops decide to raid this house? And why did he get nailed for basically a couple joints?’”

It’s said Caldwell was arrested soon after for selling the joints to Baca, but evidence suggests that he was actually coincidentally arrested for selling to someone else. Four pounds of cannabis were found in his Denver hotel room.

“(Caldwell) had a comically bad sense of timing,” Glick said. “To go to jail for alcohol right before prohibition was repealed and then to start selling pot right before pot becomes a federal crime!”

“I consider marijuana the worst of all narcotics — far worse than the use of morphine or cocaine,” Symes was quoted in The Denver Post as saying from the bench. “Marijuana destroys life itself. I have no sympathy with those who sell this weed. … The government is going to enforce this new law to the letter.”

Who was sitting in the gallery watching the court proceedings? None other than Anslinger himself.

“These men have shown the way to other district attorneys throughout the nation,” Anslinger said to The Denver Post right after the trial. “Marijuana has become our greatest problem. … Until this new law went into effect, we of the narcotic division were powerless.”

This was all 84 years ago this week. In one human lifetime, federal cannabis prohibition began in Colorado, and Colorado may well be where it begins to end.

If you do light one up this week, remember how Baca and Caldwell were sentenced to hard time in this state, and if that’s harshing your vibes, remember that Anslinger is dead.