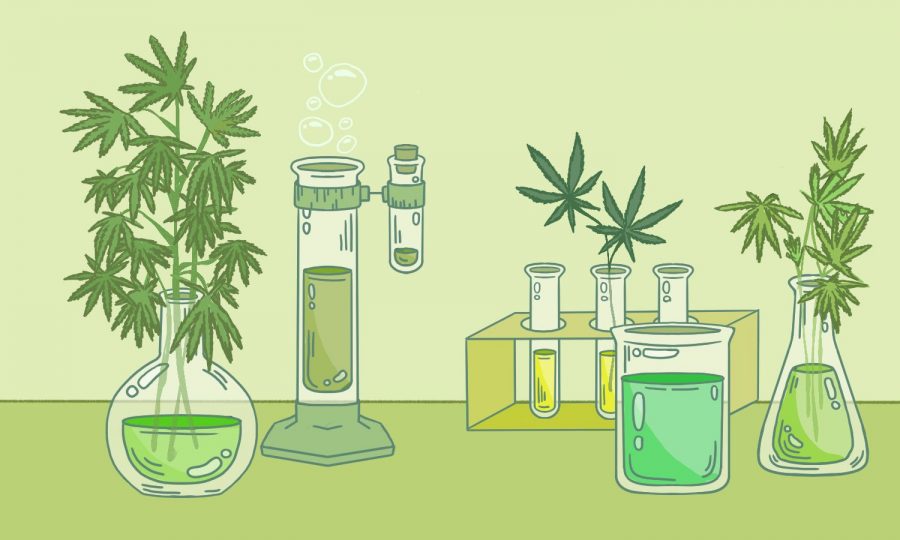 In late 2019, the Centers for Disease Control and Prevention began tracking cases of a frightening new lung disease in the United States. The number of patients grew at an alarming rate, and the restrictions put in place to prevent further spread altered the lives of millions.

I’m referring of course to EVALI — e-cigarette or vaping use-associated lung injury. 68 died and over 2,800 people were hospitalized by Feb. 18, 2020.

Local, state and federal government acted swiftly to combat the new epidemic as cases peaked in mid-September 2019. Some states went so far as to outright ban e-cigarettes from the market for several weeks or months.

Two years on, it’s important to remember what came shortly after: The CDC quietly made a clarification that a strong majority of these cases were linked to bootleg THC vape cartridges, which had been cut with vitamin E acetate to produce a greater profit margin.

“It peaked at about Sept. 15, 2019, and then as more public awareness resulted in people using less informal vaping electronic devices, the incidents went down,” said Dr. Russell Bowler, a pulmonologist at National Jewish Health. “I don’t even think it’s being followed by the CDC anymore.”

Testing is super, super, super important to make sure that what we’re putting on the shelves isn’t going to harm people.” -Alena Rodriguez, managing director of Rm3 labs

What changed in the two-year interim? Colorado in particular quickly banned vitamin E acetate and other illness-linked contaminants from the market and severely ramped up its testing of products.

“There actually are very few fails when you look at it across the board,” said Alena Rodriguez, managing director at Rm3 labs and a member of the state’s marijuana Science & Policy Work Group. “For flower pesticides, in the first six months of 2020, 98.69% of the batches passed testing. Most of these numbers are 87% and above.”

According to the experts, vaping THC at this point is a cause of little concern.

“In terms of toxicants, I would say they’re similar between two types of vaping,” Bowler said. “In (2019) cases, (vaping) was more toxic than tobacco cigarettes, but I think in general, the answer is the opposite. … While I can’t say that vaping is safe, it’s probably safer than tobacco smoking.”

As the cannabis market continues to grow into its new legitimate frame, Colorado officials are using hiccups like this to set an example for how cannabis should be handled at the federal level.

“For me personally, that’s always what I’m looking at because that’s the next natural step in our progression of the industry,” Rodriguez said. “Public safety is super important, and even though testing is a financial burden to some companies … that testing is super, super, super important to make sure that what we’re putting on the shelves isn’t going to harm people. It’s not just immunocompetent adults who are using cannabis, it’s also children, medical patients and grandparents who are using it for different ailments.”

As EVALI fades into the background as a distant memory, we can all grab a pen guilt-free and take comfort in the fact that we’re all a little safer than we were a few years ago.

“I think it’s super awesome how Colorado is one of the only states to my knowledge that has this stakeholder-focused forum and process for us to actually be involved in writing the rules that we follow,” Rodriguez said. “I’m very grateful to be part of the process and be able to help our industry be better, be more legitimate, be good ‘corporate citizens,’ as they say.”