Weeks away from retirement, Jane Slusarski-Harris reminisces on 30 years of teaching dance at CSU 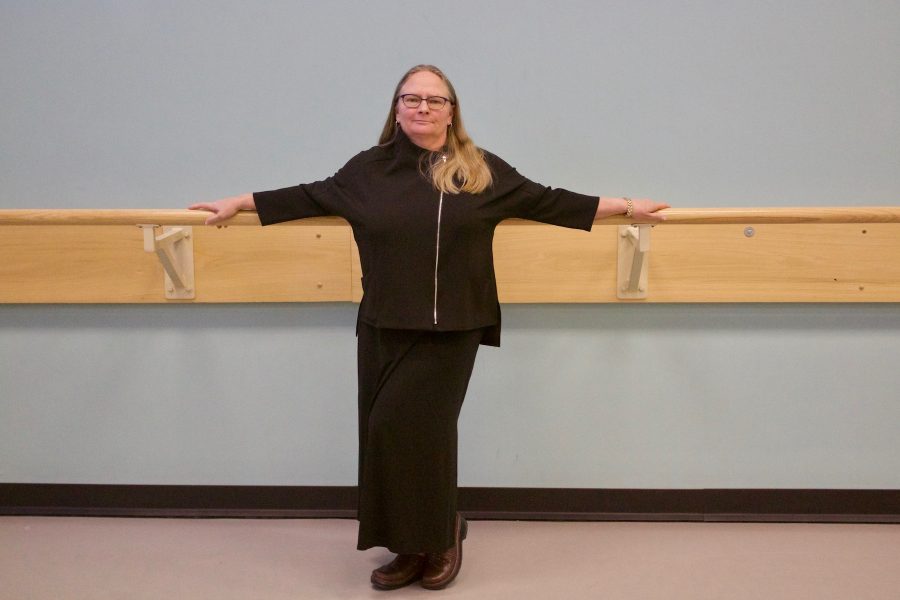 Jane Slusarski-Harris has been the Director of Dance at CSU since 1988. She has mentored 28 years of students through the dance department. Slusarski-Harris will retire at the end of this semester. {Abby Flitton | Collegian}

Colorado State University professor Jane Slusarski-Harris has spent 30 years on a stage she’s grown quite comfortable with: a classroom. The dance professor will retire after this semester, but not before reminiscing on her journey at CSU.

“We made it work,” Slusarski-Harris said. “It’s the people that are in the spaces that make things happen.”

The dance program finally found its home at the University Center for the Arts , where it is currently housed.

“Being part of the creation of the University Center of the Arts, that’s a big deal for me, just being able to be a part of that process,” Slusarski-Harris said.

Their years of education here prepared them to go out there and be kind individuals and creative individuals who can make a valuable contribution to society.” – Colorado State University professor Jane Slusarski-Harris

Because the program moved around so much, there was ample opportunity for change within the department that Slusaski-Harris said she got to spearhead.

For Slusarski-Harris, the top priority has always been the students and watching them learn and succeed from their audition to their capstone.

“The thing I’ll miss the most is working with students because they’re so exciting, (and) they’re so fresh,”Slusarski-Harris said. “I’m always like, ‘OK, you guys have to do this because you’re young, so do it now while you can.’”

Slusarski-Harris has been a part of a university in some capacity for her entire adult life; therefore, she describes her retirement as “finally graduating.”

“I’m very much looking forward to seeing the direction that the dance program and the School of Music, Theater, and Dance goes in,” Slusarski-Harris said. “I mean, I’m sure there’ll be so many exciting things here. I’ll come back here, and sit in the audience and not worry about anything. (I’ll) not worry if the sound’s going to go on or if the curtains are going

to open. Change is good (and) very important.”

Slusarski-Harris said her favorite thing about teaching at CSU is being apart of the changes students experience in their studies.

“I think really seeing how the program has developed in terms of the curriculum we offer and how that has helped to educate and lay the foundation for students to be able to then be able to upon graduation be able to go on and have a successful career path,” Slusarski-Harris said. “Their years of education here prepared them to go out there and be kind individuals and creative individuals who can make a valuable contribution to society.”

Slusarski-Harris’ colleagues are appreciative of her contributions to CSU’s dance department.