‘Homecoming’ is the best Spider-Man movie yet 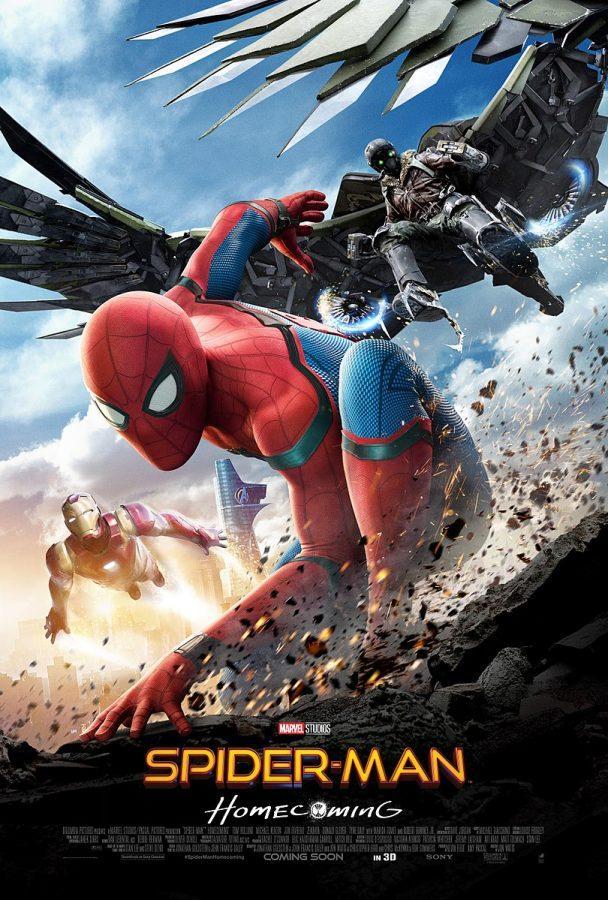 Spider-Man is back at Marvel Studios with the release of the newest installment, “Homecoming,” and it is arguably the best Spidey movie to date.

Fans complained that the previous two films failed to get the character right. Any fears of a repeat performance melt away within seconds, as the orchestral rendition of the classic Spider-Man theme is enough to send chills down any fan’s spine.

“Homecoming” is unusual because it extensively features the lead character as a kid. That means a movie where Spider-Man finally showcases his defining trait: humor.

Tom Holland rediscovers the character’s sense of whimsy. “Homecoming” depicts an idealistic boy who makes dumb mistakes. He web-swings straight into the ground, into swimming pools and into trees. He films everything in his daily life and incessantly texts people who don’t want to be texted. In other words, he’s a millennial.

While Marvel Studios president Kevin Feige announced some time ago that “Homecoming” would not feature Uncle Ben’s death or the perfunctory radioactive spider bite, it is nonetheless good to see director Jon Watts taking a page from Zach Snyder over at DC Entertainment. Snyder controversially introduced a middle-aged Batman in “Batman v Superman.” He assumed that audiences would go to the film knowing Bruce Wayne’s origin story and saw no reason to rehash it. “Homecoming” makes a similar omission with Spider-Man’s origin. Having seen it in two prior franchises, returning viewers will appreciate this gesture.

The other standout is the villain. Michael Keaton has embraced his penchant for playing bird and/or bat-themed characters, giving fans a relatable Vulture. Keaton makes you like Adrian Toomes while setting him up as a criminal mirror image of Tony Stark.

It is odd to see a more socially adept Peter Parker. Almost as odd as seeing a financially successful Peter in the recent comic books. The 1960’s comic character was an outcast in high school. He had unrequited love interests and a bully who regularly beat him up, but he never had friends in those earlier years. He was a loner crushed by dual responsibilities: that of caring for his sickly aunt and of fighting brightly colored villains in rubbery suits. He was a kid who used jokes to cover up his fear and pain. Objectively speaking, Stan Lee’s writing was seriously dark stuff.

Conversely, “Homecoming” Peter is inspired by Brian Michael Bendis and Mark Bagley’s “Ultimate Spider-Man” comics of the 2000s. He has a best friend, a social clique, a mentor and a non-violent version of his bully, Flash Thompson. Aunt May is in great health for once, having been aged down about thirty years.

Should you watch it? Yes

These differences take some of the weight off Peter’s shoulders. They allow him to act his age. They lend an upbeat and funny tone to the film, resulting in the best Spider-Man yet.

Collegian reporter Ryan Greene can be reached at entertainment@collegian.com.