The Rocky Mountain Collegian • May 1, 2017 • https://collegian.com/articles/aande/entertainment/2017/05/netflix-picks-for-may/

Netflix picks for May 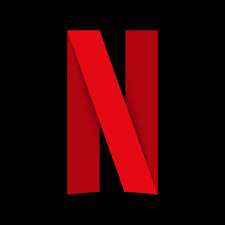 With just two weeks left of school, many of us are bombarded with deadlines and projects. Why not take a break and indulge in the following flicks:

Casting JonBenet: In 1996, JonBenet Ramsey, a 6-year-old beauty pageant queen was murdered and found in her Boulder, Colorado home. To this day, her murder is a cold case. Was the perpetrator her jealous, ex-beauty queen mother? Her brother? Her distant father? Or, was it a neighbor, a housekeeper or even a man who played Santa every Christmas? The case attracted extremely heavy media attention when it occurred around 20 years ago. The JonBenet murder was a real event and “Casting JonBenet” presents the story in a fascinating, new and intriguing way. It uses people auditioning for roles in a movie about JonBenet as a way to show different beliefs and biases about the murder. The goal of this show was to explore different perspectives of the murder but offers no clear conclusion.

Bridget Jones’s Baby: This is the third installment of the Bridget Jones series and this film is a riot. Our beloved heroine, the unlucky-in-love and ever-relatable Bridget, is pregnant. But who is the father? Colin Firth or Patrick Dempsey? Watch this film if you are looking for something light and if you enjoy romantic comedies, but be sure to check out the original films “Bridget Jones’s Diary” and “Bridget Jones: The Edge of Reason.”

All American High Revisited: In 1984, an exchange student went to an American high school in Southern California and a documentary crew filmed her year abroad. The result is an interesting look at how an outsider viewed American high school students in the ‘80s. Years later, the film reel was discovered and remastered and many of the students, who are now middle-aged adults, are interviewed again thirty years later. It is an honest look at teen life in a time before social media and rampant technology, yet they are not much different from us today.

Southside With You: Is there a better love story than that of Barack and Michelle Obama? The answer is no. In 1989, Barack Obama took Michelle Robinson on a date in Southside Chicago. The film follows their date and inevitable romance. It is super charming, and enjoyable to catch a glimpse of the Obamas prior to years of politics and Barack’s presidency.

The Life Aquatic with Steve Zissou: If you enjoy the aesthetically beautiful directing of Wes Anderson, check out Life Aquatic. It is no “Moonrise Kingdom” or “Grand Budapest Hotel,” but this will fulfill your Wes Anderson fix. Bill Murray is fantastic in this movie about a famed oceanographer who goes in search of the allusive and larger-than-life jaguar shark who killed his friend.

Collegian reporter Clarissa Davies can be reached at entertainment@collegian.com or on Twitter @DaviesClarissa.