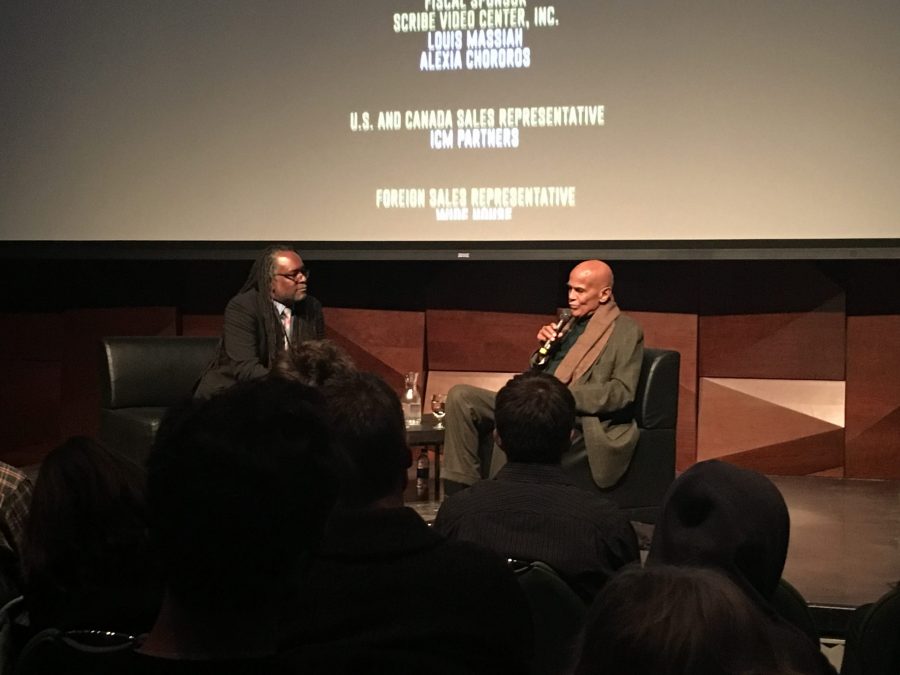 The ACT Film Festival’s final night, put on by CSU’s Communications Studies Department, was sold out and full of people waiting to see Belafonte and to hear his thoughts on today’s racial climate. When they finally did, they adored him. Belafonte received several standing ovations throughout the night. A quick glance around the room at all of the glowing smiles—most notably from his wife, daughter and granddaughter who were also in attendance—was the perfect exhibition of the heartwarming effect he has on a crowd.

Belafonte is one of the most decorated and celebrated musicians of the last several decades, kicking off his career in the 1950s. However, as talented a musician he is, Belafonte is also known for his political activism since the Civil Rights Movement. A friend of Martin Luther King Jr., Belafonte was deeply involved in the movement and is often regarded as one of its public leaders.

In a Q&A followed by the famed documentary “I Am Not Your Negro,” Belafonte spoke on several topics, including what he makes of today’s climate in regards to race.

“Race is always at the forefront of the debate,” Belafonte explained. “But it is not the debate exclusively.”

It would have been easy for Belafonte, an outspoken liberal, to antagonize our country’s current state of affairs. While he did not hold back when it came to president Trump—once even referring to him as a “madman”—he maintained that we are “sitting at the gates of civilized evolution” and that we are so close to achieving our final goal of equality.

Belafonte cites a new force of enlightened individuals speaking up. People are taking a stand as opposed to merely “blinking” and letting human rights slip from the forefront of our minds.

“There’s some who care and those ‘somes’ who care can make a difference,” Belafonte said.

While he himself remained optimistic, he did note that his dear friend and colleague Dr. King would likely indict today’s American society if he could see it. However, for Belafonte, it is not just Trump that spells doom and gloom, but the fact that American citizens are not more active in their resisting and protesting all “because we don’t want to rock the cradle of comfort.”

Questions from the audience also led Belafonte to address mass incarceration, which he called the “new dimension to slavery.” He referred to that issue and others faced by those of marginalized populations as a “nuclear reality knocking at the gate of humanity.”

While he may not be perfectly pleased with they way history is playing out today, Belafonte acknowledges that film festivals like ACT are essential to continuing the tradition of promoting civil and human rights.

“When these festivals are executed with passion and with consciousness, I think communities are made whole,” Belafonte said, citing Charlie Chaplin as one of the greatest presenters of such social consciousness. “The little tramp rooted for the poor, down with the rich… my kind of guy!”

And it did not stop there; Belafonte also addressed the haughtily contested trend of celebrities like himself speaking out and sharing their political opinions.

“That’s what we’re supposed to do; that’s what it’s all about,” he said.

Belafonte additionally detailed a credo from his mentor that he has now chosen to live by: “artists are the gatekeepers of truth, they’re a civilization’s moral compass and a civilization’s radical voice.”

While Belafonte acknowledges that “it’s gonna get a whole lot worse before it gets a whole lot better,” he is able to remain positive. When asked about whether or not he retains hope for the future, he only had one word: “absolutely.”